We tried making apple cider and it was easy. All it took was putting the apple juice in a big bottle with brown sugar and yeast, letting it ferment, and then bottling it. It made a light, delicious drink with an alcohol content of around 6%. 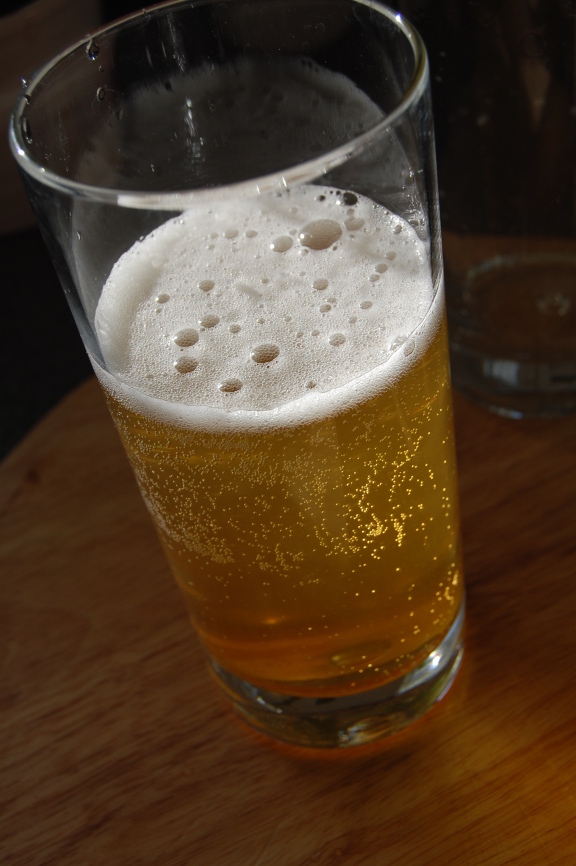 We ended up with 42 bottles of cider. The total cost, not counting the equipment–which we reuse for all beer making–was $16.78, or $.40 a bottle. Here’s how we did it.

How To Make Apple Cider

1. Clean and sanitize all the equipment. I’m assuming you know how to do this—just keep in mind that it’s essential that everything that touches the cider be sanitized (including your hands).

After that, add the 4 grams of yeast to the fermenter.

You have just made the apple cider. Really, that’s all the heavy lifting you’ll have to do until bottling. 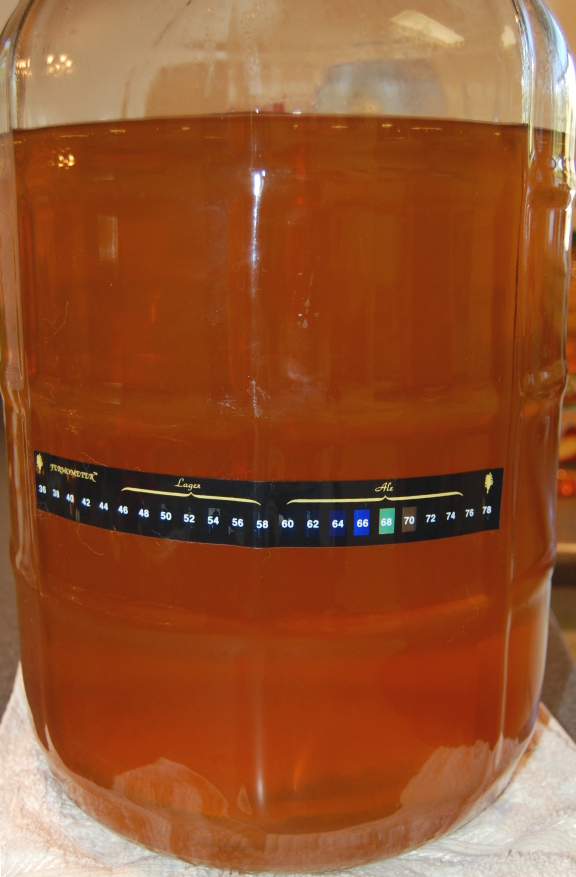 (Unfermented apple cider in the carboy)

3. Now it’s time to ferment. Put the airlock on the cider and store it somewhere it can stay at around 68-72 F. We used the guest bathroom. After a day or so, the yeast will start working and bubbles will rise to the surface of the cider. The airlock should start bubbling as well.

After 3 weeks, the fermentation should be complete. The yeast should have settled at the bottom of the fermenter and the cider will be as clear as the original juice again. The cider is ready to be bottled.

4. If you want the cider carbonated, you need to add some sugar to wake up the yeast again. While you could use 4 oz of normal sugar, we used more apple juice since juice has sugar in it. It turns out that 48 oz of apple juice contains 4 oz of sugar.

To add the apple juice to the cider, first pour the juice into your second bucket. 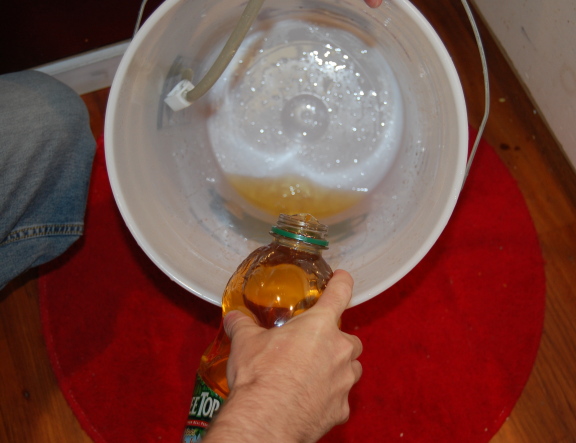 (Apple juice being added to the bucket)

Using a racking cane and siphoning hose, siphon all the cider out of the fermenter into the bucket to mix in the juice. The mixture should be stirred up enough just by the siphoning to distribute the sugar evenly.

5. Now we bottle. First, sanitize all the bottles. Either fill each bottle with a sanitizer solution and then dump it out or use the sanitize option on your dishwasher. Just don’t use any soap because it will leave film in the bottles. 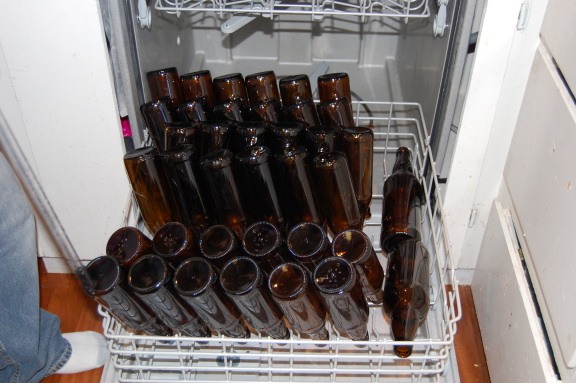 (Sanitized bottles fresh from the dishwasher)

Bottling is messy, so we use a dishwasher to catch spills. Put the bucket above the dishwasher and using the racking cane and siphoning hose again, start filling each bottle with the cider. 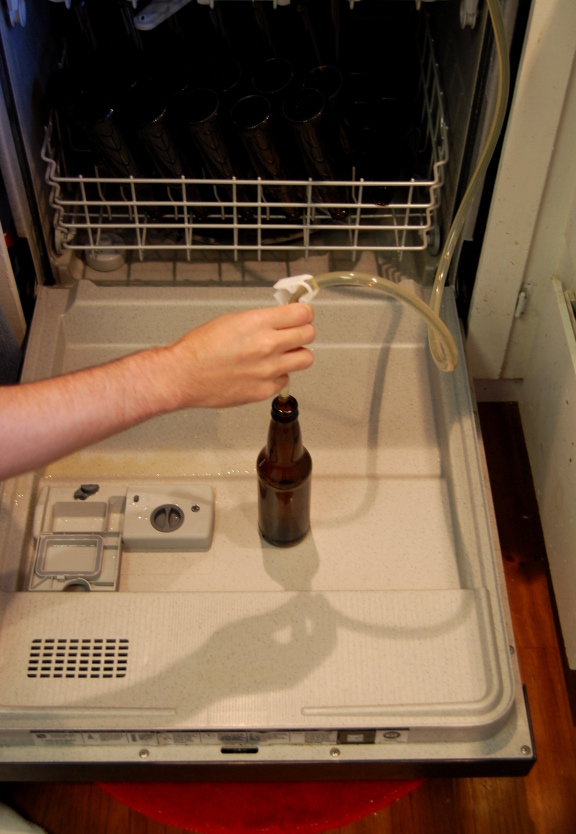 (Apple cider being bottled with a siphoning hose)

6. Cap each bottle using a bottle cap and a capper.

7. Once all of the bottles have been filled and capped, store them at room temperature for another 2-3 weeks. After a week you might want to take one bottle, chill it, and gauge how the carbonation is going. It took us 2 weeks to have fully carbonated apple cider.

The end result will be perfect on hot afternoons all summer long.

34 thoughts on “How To Make Apple Cider”