My husband has taken up beer making. We decided to go with a kit for the first couple of batches so he can learn to do it properly. Beer making takes some equipment–a big stainless steel pot, siphons, bottles, buckets, etc.–so a kit is a good way to get started. In fact, my husband bought two kits. One has all the equipment and the other has the ingredients like barley, hops, etc. The hope here is that eventually my husband will know enough about brewing that we can ditch the ingredient kits and make beer on our own.
For our first beer, we made 5 gallons of German amber ale or Altbier. This is a multi-part process and seems complicated, but really it’s just brewing a big batch of tea that you let ferment and then bottle. Now that the “tea” is made, our beer is fermenting. It will take about a month before we can actually drink it.

Home Brewing:
First, we sanitized and sterilized all the equipment. This is important because you don’t want bacteria growing in your beer, and yeast and bacteria like to thrive under the same conditions.
Next, we heated up 2 quarts of water in a saucepan and stirred in the brewer’s barley. We let that simmer to 160 degrees, turned the heat off, covered the pan, and let it sit for 45 minutes. 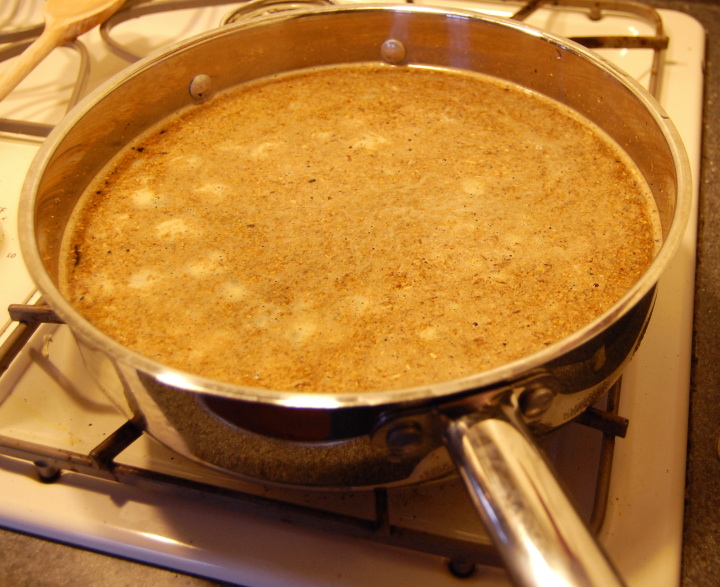 Meanwhile, we put about five gallons of water in a 30 quart stainless steel pot and brought it to a boil. 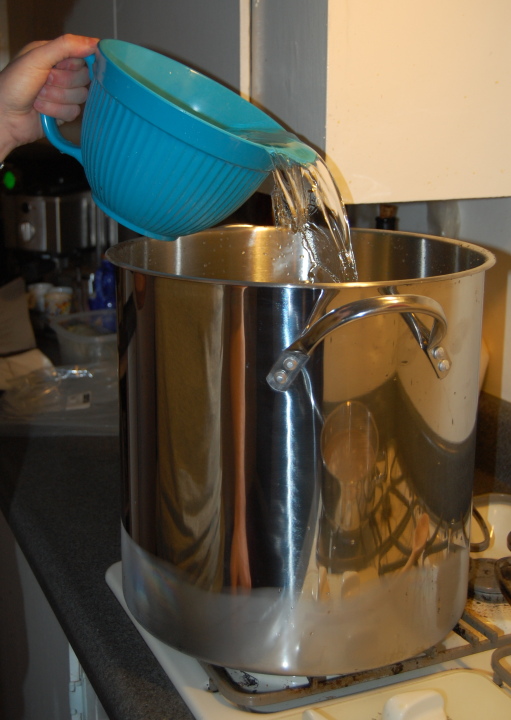 Once that was going, we added in the water treatment and dry malt extract. We made sure to stir the malt extract slowly as we added it so that it didn’t clump. 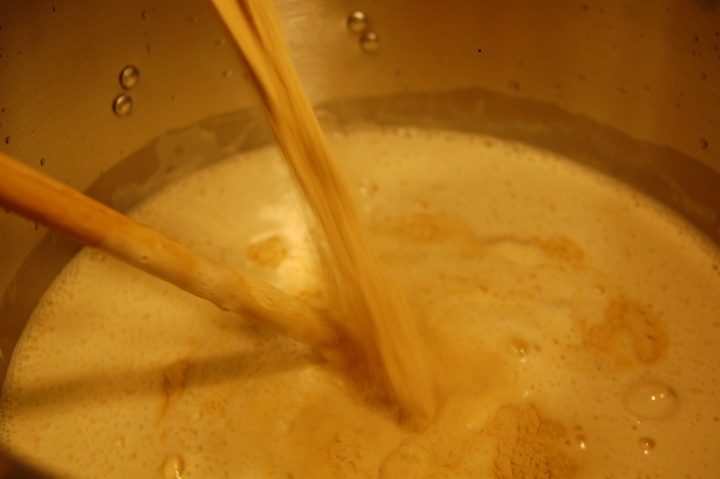 By now the barley had cooled. We strained it and collected the liquid. There was no need for the grain anymore, so we tossed it and added the barley liquid to the big pot of water.
Time for the hops! This beer takes two kinds of hops. First we added the bittering hops to the water and boiled for one hour, stirring occasionally.

Next we added the aromatic hops and boiled for another 3 minutes. When the time was up, we turned off the heat and let the mixture cool down.
This takes a long time.
After it was cool, we transferred the young beer–called wort–to a primary fermenter, i.e. a bucket with an airlock so that air can get out. We added the yeast. 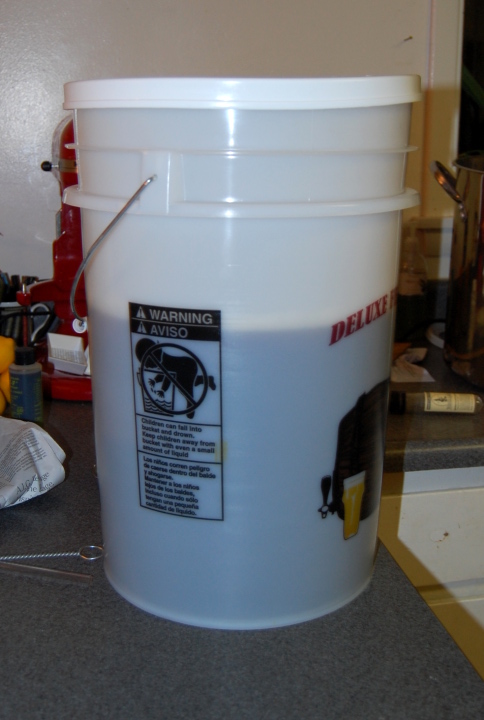 Now, we wait.
We put the bucket cool dark place and are letting it ferment. There’s more to the fermenting part of beer, but this is a good start for now. In a month, I’ll let you know how it’s going.
UPDATE: It’s done! Read Part II here.

3 thoughts on “Beer Making Part I”