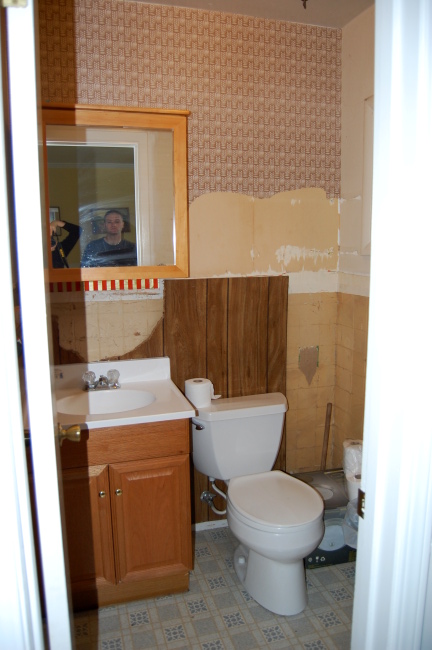 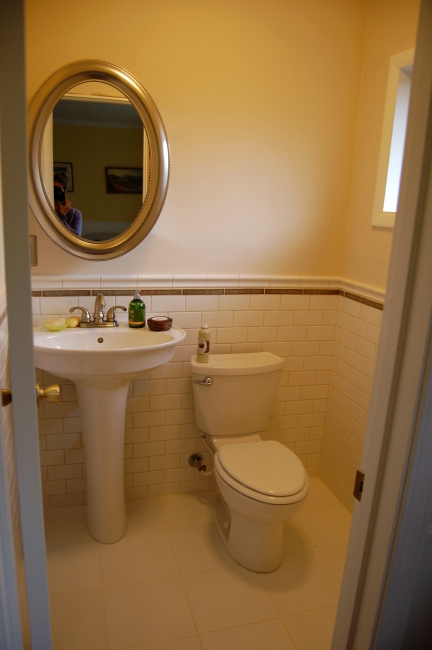 After
The guest bathroom in my house was a mess. The toilet was old, the medicine cabinet was too big for the space, the linoleum was ancient and gross, there was old wallpaper on the wall, and cardboard “wood paneling,” much of which I tried to remove when I first moved in.
To remodel, we decided to go with white tile because the adjoining bedroom has a white wainscot on the walls. From there, we started searching around for a decorative border, which wasn’t easy to find. It turns out that decorative tiles are very expensive! Finally, we found a decorative tile that was being closed out and got a great deal on it. Once we got the border, we decided on white subway tile and a topper that imitated the wainscot look in the guest room. We found a pedestal sink we liked and a new toilet. We were ready to remodel the guest bathroom. 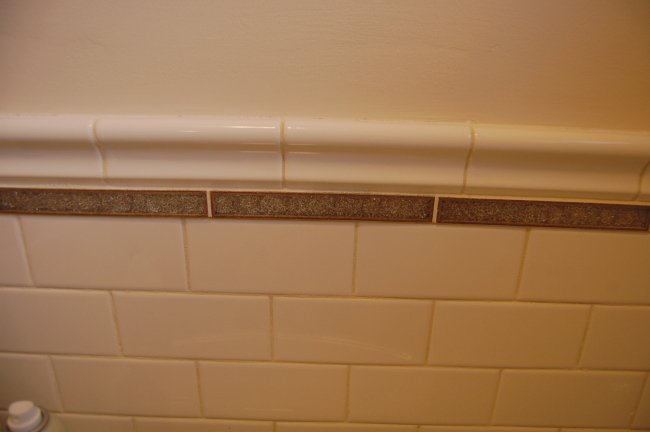 Close up of the tile
It was a stressful job. First we demoed, which required taking the toilet, sink, medicine cabinet, and fake wood paneling out. Then I had to remove all the wallpaper. It turned out that underneath the wood paneling was lumpy tile glue, so we had to sheetrock half the wall to get a smooth surface. Next the linoleum came out. There turned out to be some rot in the subfloor that had to be repaired. Then, because we had bought a pedestal sink, we had to move the the plumbing over so it wouldn’t show from behind the sink. (My dad totally helped with all of this–I couldn’t have done it myself.)
After that, we tiled, which was an ordeal in and of itself. I did most of the grouting, which was tedious. After sealing the tile, we installed the sink, the toilet, and the new light fixture. I painted the walls. We bought a medicine cabinet. It was starting to look like a bathroom again.
The guest bath cost about $200 more than I expected, mostly because of small things like extra grout or or a tool to pry up the linoleum, etc. It gave me a hearty taste of how difficult the big bathroom is going to be, but it’s also nice to have a real bathroom again: 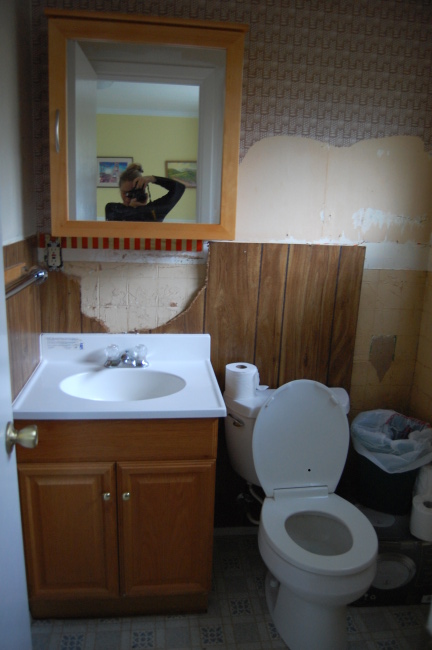 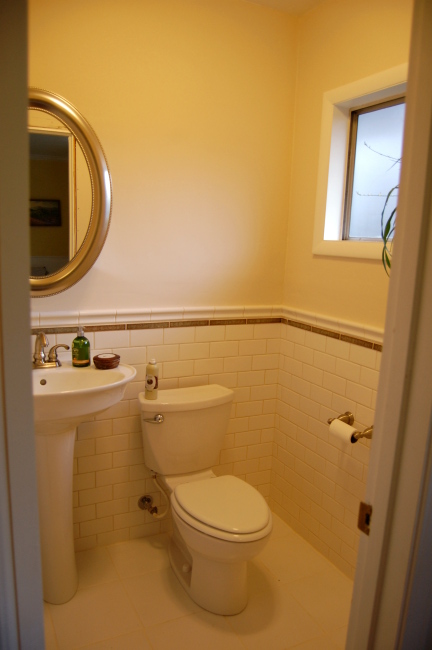 1 thought on “Guest Bathroom Before & After”