Honey is a superior substitute for sugar. It has more vitamins and minerals, is sweeter, and raises one’s blood sugar more slowly. It is unrefined and natural.

Honey has a lower GI value than sugar, meaning that it does not raise blood sugar levels as quickly. Honey is sweeter than sugar, so you may need less of it, but it does have slightly more calories per teaspoon so it’s wise to keep a close eye on your portion sizes. 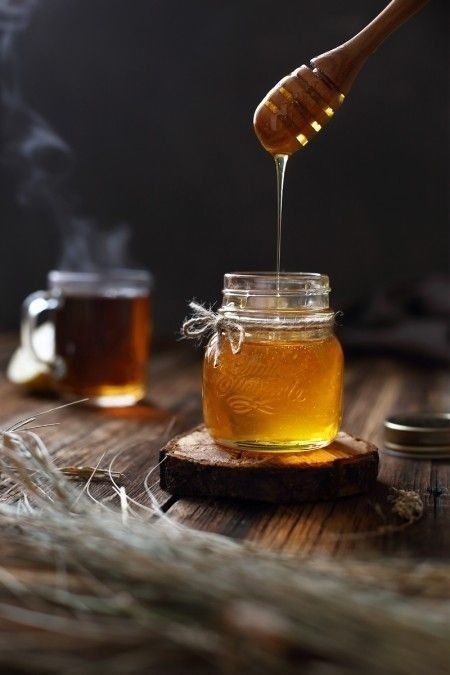 Honey helps your brain release melatonin, the hormone that your body uses to restore itself during sleep. This happens through a series of transformations in your brain: honey’s sugars spike your insulin levels, releasing tryptophan, which becomes serotonin, which becomes melatonin.

Honey also acts as a fuel to make the liver produce glucose. This glucose keeps the brain sugar levels high and forces it to release fat-burning hormones. To benefit from the honey diet, simply replace your sugar intake with honey, throughout the day.

It is essentially pure sugar, with no fat and only trace amounts of protein and fibre. It contains small amounts of some nutrients, but most people typically don’t consume enough honey for it to be a significant dietary source of vitamins and minerals.

High-quality honey which is minimally processed, unheated, and fresh, contains many important bioactive plant compounds and antioxidants, such as flavonoids and phenolic acids.

When it comes to blood sugar management, honey may offer some slight benefits over regular sugar.

And it also will keep your baked goods moister longer. 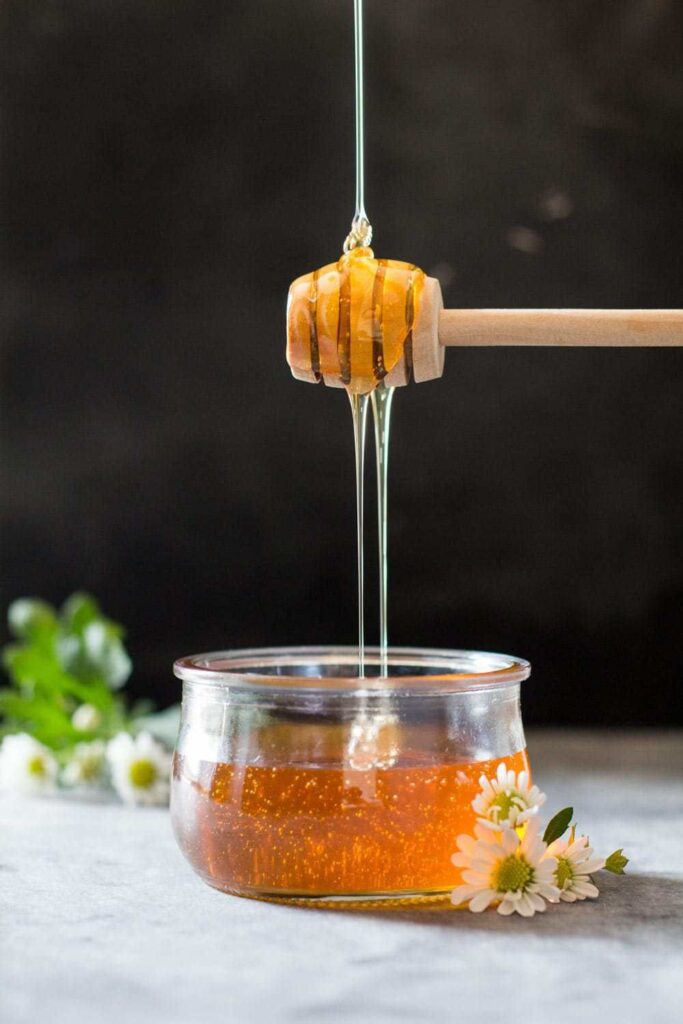 Honey instead of sugar in baking:

Honey adds additional moisture to a recipe and is great for baked goods like bread, cakes, muffins and pies. A good rule of thumb is to subtract 1/4 cup of liquid elsewhere for every full cup of honey used.

First, try to substitute up to half of the sugar in a given recipe, then once you’ve experimented more and have a better handle on how it works, you can try a higher percentage of honey.

Honey is sweeter than sugar, so if the incorrect ratio is used, your baking will be too sweet, can have a strange chewy texture, and the cooking time will be different.

Other ideas for use of honey:

Not only in the baking, but honey can also be used instead of sugar in tea, coffee, and even as a drink with warm water. A warm glass of honey lemon water can soothe your sore throat, decongest your sinuses, and help you sleep better when you’re sick. Though not an alternative to medicine, honey lemon water is terrific in boosting your immune system to fight off sickness.

Honey is a great sweetener for oats too. Add a spoon of honey to your morning oatmeal, or as a topping on your pancakes, waffles, or plain yoghurt.

Honey and milk is a classic combination. It does not only have a calming effect but has been researched for its medicinal properties as well. Replacing your regular sugar with a spoonful of honey in your milk can have the following potential health benefits.

Many studies have shown that honey can act as wound care. According to them, it is most effective at healing partial-thickness burns and wounds that have become infected after surgery.

Weight-loss aid! Honey may help dieters lose weight when used in moderation as a replacement for other sweeteners. Keep in mind that one tablespoon of honey has about 63 calories. 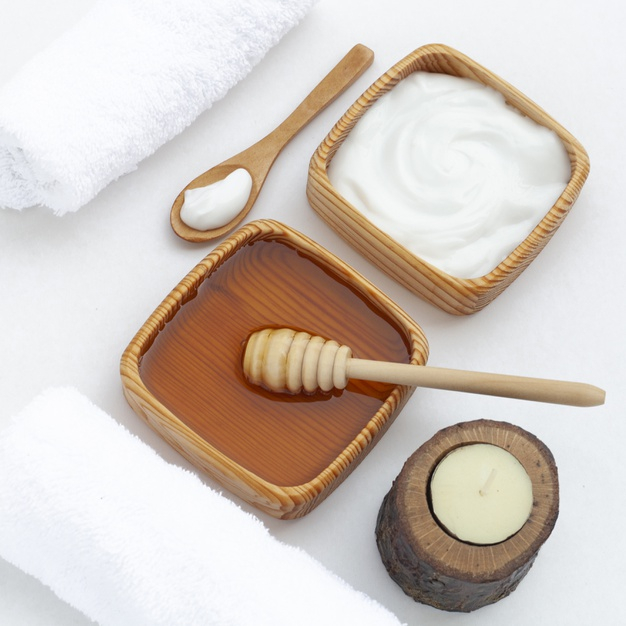 Interesting Fact!
Honey never goes bad, when it’s stored properly. However, honey will darken and/or crystallize, but it is still safe to eat. Metal or plastic containers can oxidize the honey, and heat can change its flavour. Therefore storing it properly pay the biggest contribution to its taste, but honey does not spoil.