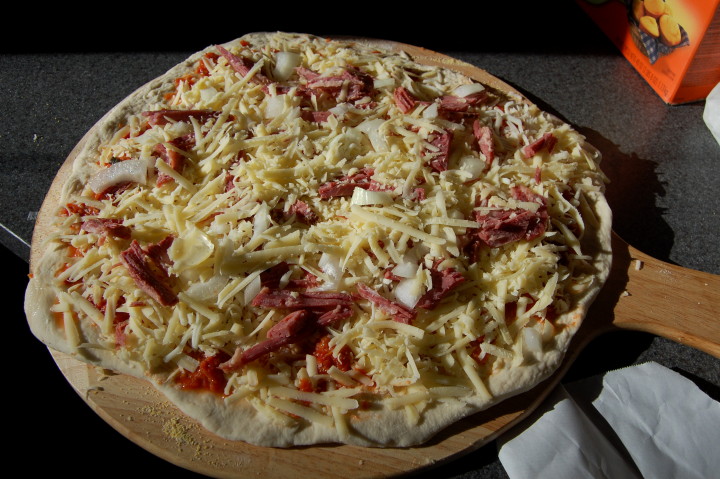 Like the above Corned Beef Pizza, I like trying unusual toppings on my homemade pizzas. One of the best pizzas I have ever made was one with barbecue ribs. It had rib meat, a combination of mozzarella and smoked cheddar, and a mixed marinara and barbecue sauce. It was awesome.
We have also tried pulled pork, arugula, squash, chorizo, chicken, falafel, and lots of other toppings. All have been good. The trick is to think of the whole pizza as complimenting the flavor of the topping. So with the ribs pizza, I didn’t just dump meat on top, I also incorporated cheese and BBQ sauce that mirrored the flavor of the ribs. This gives the pizza an overall harmony, and harmony = delicious.
Here are some toppings I’m curious about:
Egg Pizza 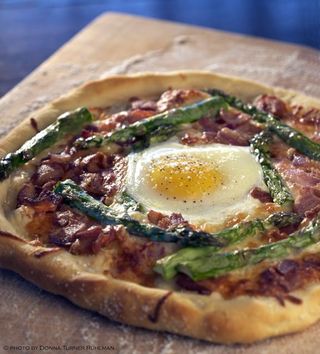 I have tried egg on a pizza before and found it unnecessary. However Michael Ruhlman’s egg pizza makes me want to give it a second chance. For one thing, he paired the egg with asparagus and bacon, which sounds darn good. Also the egg I had was practically raw, and he cooks his in the oven for a few minutes, which would make a lot of difference in texture. It gives a whole new meaning to breakfast for dinner. 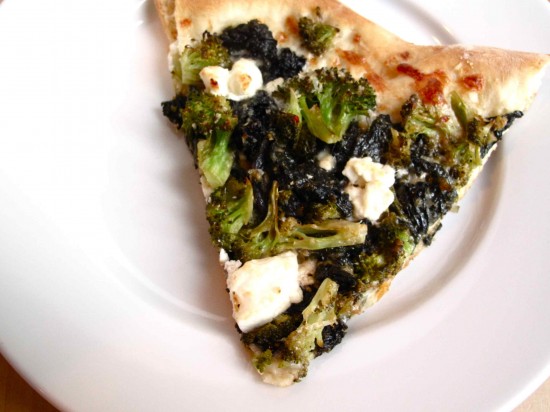 I am going to be growing chard this year, so will probably try it on pizza. In particular, I like the looks of In Praise of Leftovers’ broccoli, chard and chévre pizza, pictured above. Wow.

Pear sounds like one of those ingredients that could either be awful or genius as a pizza topping. This recipe from the Rustic Kitchen gives me hope that it is the latter. It is pear pizza with red onions and walnut pesto, which sounds kind of awesome.
Corn Pizza 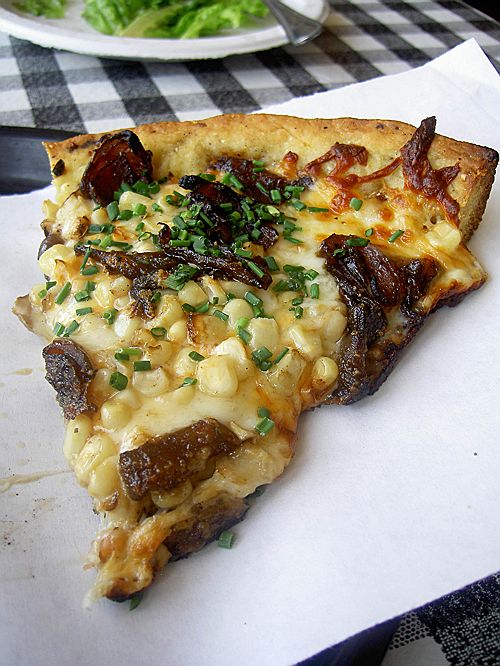 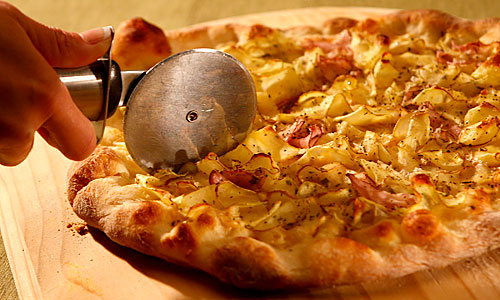 The LA Times has a recipe for potato pizza. Sounds like the trick is to slice the potatoes very thin to get them to cook. I’m not a fan of white sauce on pizza, so would probably tweak the flavorings to go with marinara instead.
Really, this can go on and on. There’s no end to the deliciousness of pizza, especially when you make your own.
What unusual pizza toppings have worked for you?