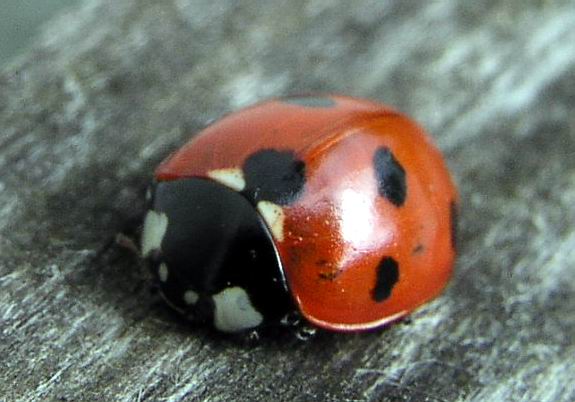 (Courtesy)
This year, I have noticed a dramatic increase of ladybugs in my garden. I figured this was because of the dramatic number of aphids–and it probably is–but it may also have something to do with the yarrow plant I put on the border of my yard. It seems to be bringing in new insects I haven’t seen before. 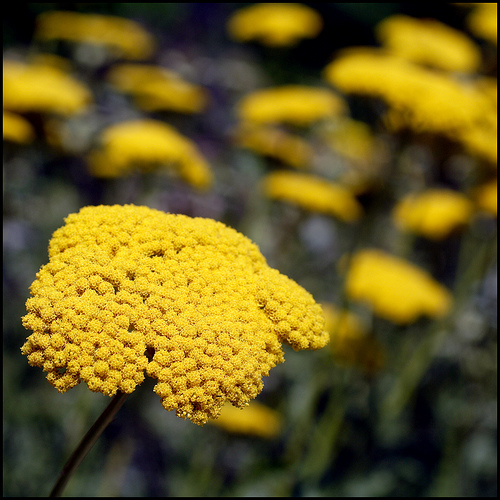 (Yarrow Flower courtesy of Bailie Byrne)
Or maybe the ecology of the garden is just getting more complex. I’m don’t know.
Lately I have been trying to identify the predatory insects, those beneficial bugs that eat the “bad” bugs like aphids. I am hoping that by bringing beneficial insects into the garden, the cycle of nature will get the aphids under control without me having to do anything.
Everyone knows that ladybugs eat aphids, as well as mites and other critters. But I have learned that their larva eats something like 10 times the numbers of bug than an adult ladybug does. Also, the larva looks nothing like a ladybug. 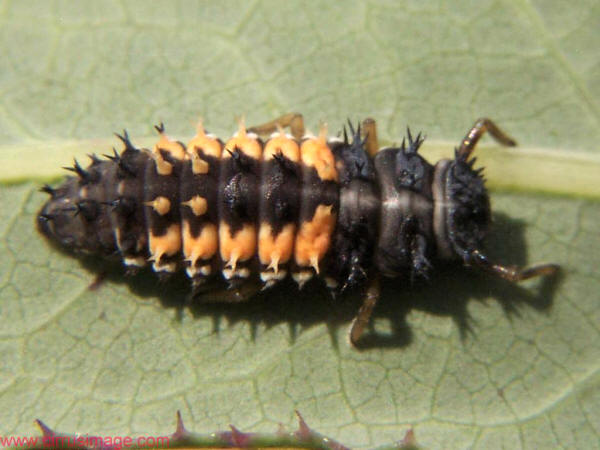 (Courtesy)
It looks like an accordion crossed with an alligator. I have seen these in my garden too, but thought they were another bug. Apparently not, just baby ladybugs.
I also have been seeing this guy: 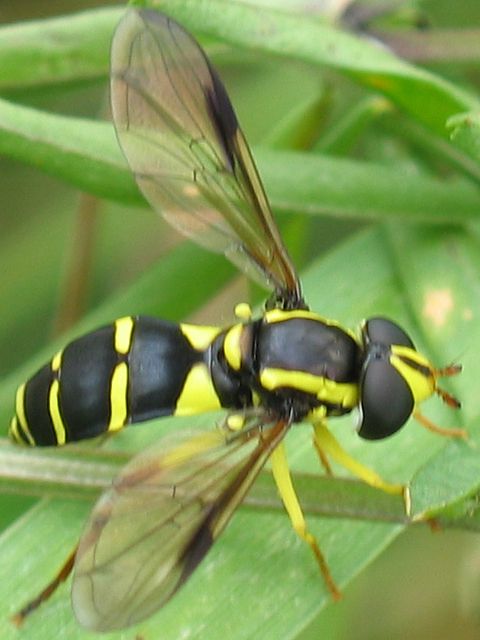 (Courtesy)
I thought it was a wasp or a yellow jacket, but it is a hoverfly. Like the ladybug, their larvae eat aphids, as well as mealybugs, scale, and leafhoppers. Adult hoverflies feed on pollen and are attracted by bright flowers, like yarrow. They don’t have stingers, either. 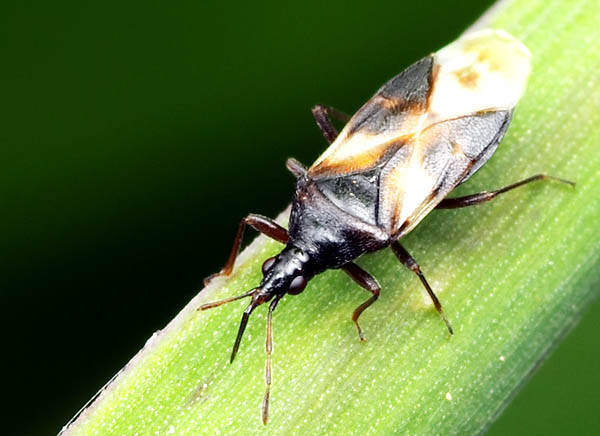 (Courtesy)
This is a Minute Pirate Bug. I think I have seen them around. It eats thrips, aphids, caterpillars, and spiders. So a bit of a mix there–spiders are cool–but anything that eats aphids is welcome in my garden. 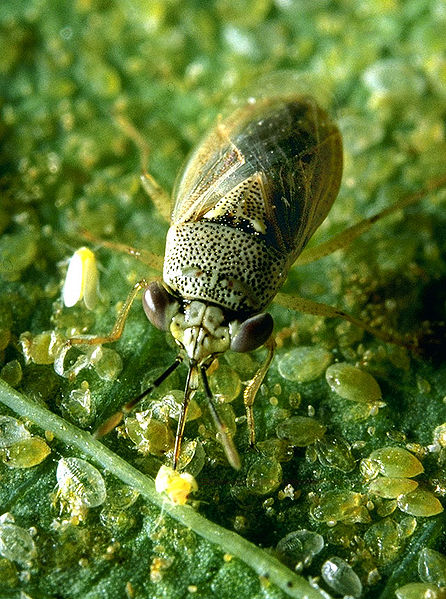 (Courtesy)
Here is a Big-Eyed Bug. Creepy but effective. It kills everything–whiteflies, aphids, mites, cabbage loopers, and bollworms, among them. I haven’t noticed them in my yard, but I am keeping my eyes open. 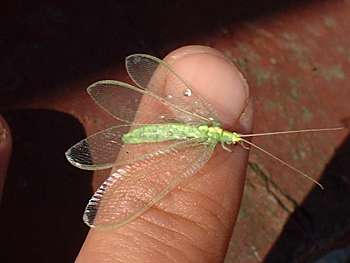 (Courtesy)
Finally, this is a lacewing. Its larvae eat aphids, mealeybugs, mites, and caterpillars. Here’s a picture of the lacewing larva: 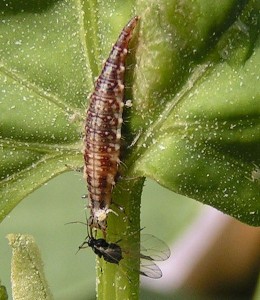 Incidentally, there is one plant that is said to attract all of these beneficial insects: the Buckwheat plant. It attracts all the above insects, except the Big-eyed Bug, and you can make cereal out of it. 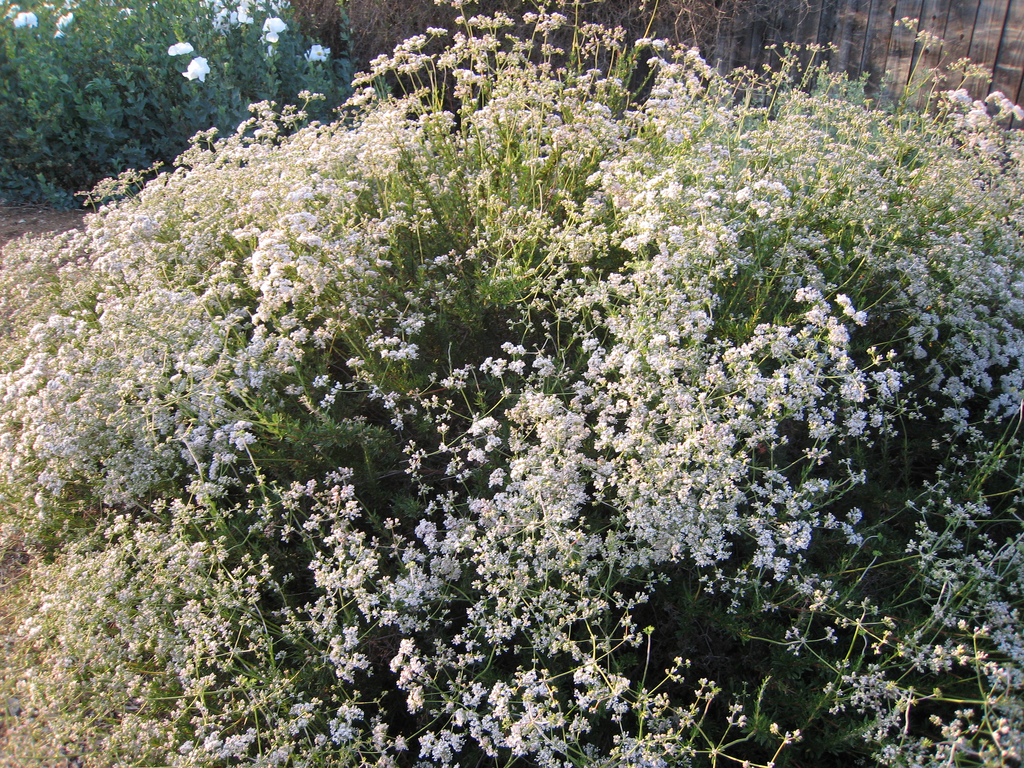 (Courtesy)
Maybe I should plant some next to the yarrow.
Here is more on good and bad bugs in the garden.

8 thoughts on “Predatory Insects In the Garden”