Last year for Valentine’s Day, we’d just had Savvy Jr. and we knew we wouldn’t be going out for a fancy meal. I decided that Mr. Savvy’s gift would be a beer scavenger hunt. I bought some beer at the local craft brew store and hid them around the house with clues that led one to the other. Then I gave him the first clue and started him off.
This is a fun, creative gift if your husband or boyfriend loves beer, and is especially useful if he is hard to buy presents for, as many men are. When I told the beer shop owner what I was doing, he said “I wish my wife would do that for me.”
Some pictures: 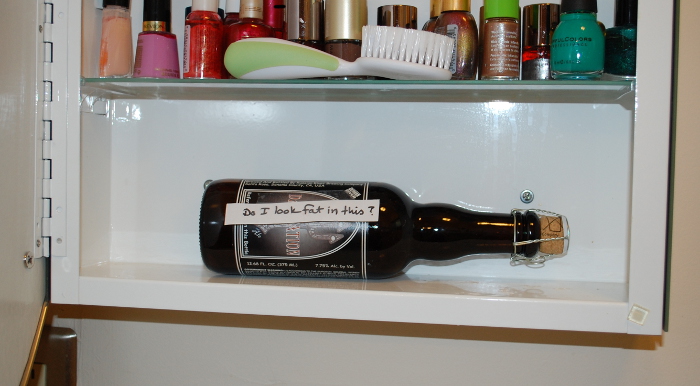 As you can see, this beer was in the medicine cabinet. The clue said, “Do I look fat in this?” and led to the bedroom. 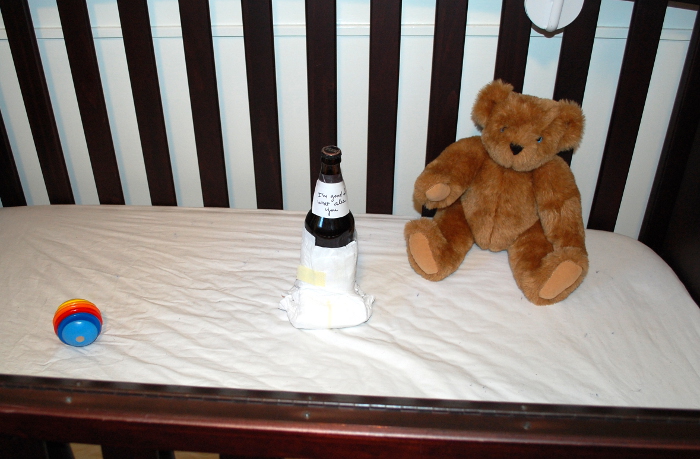 A beer wearing a diaper? In the baby’s crib? That’s just wrong. 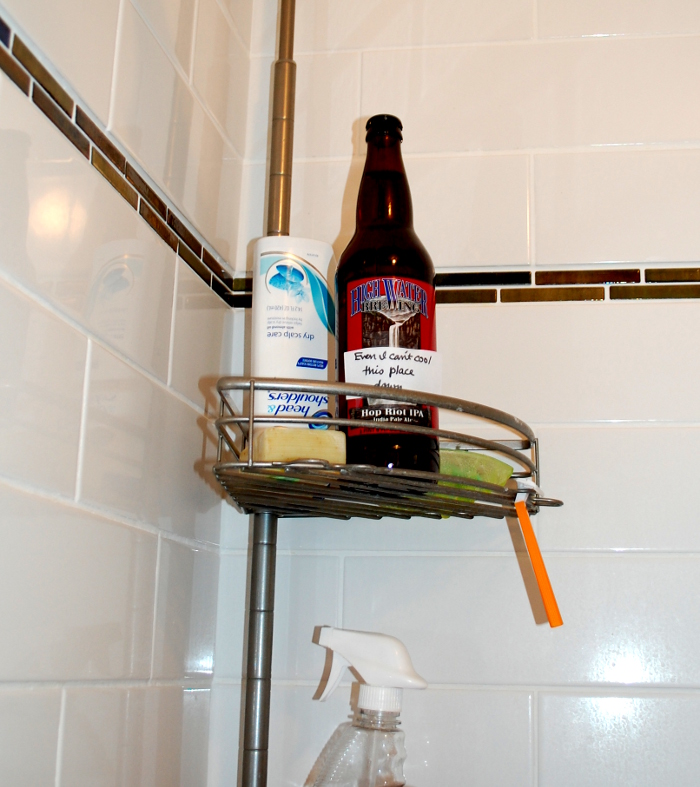 Beers don’t belong in the shower. 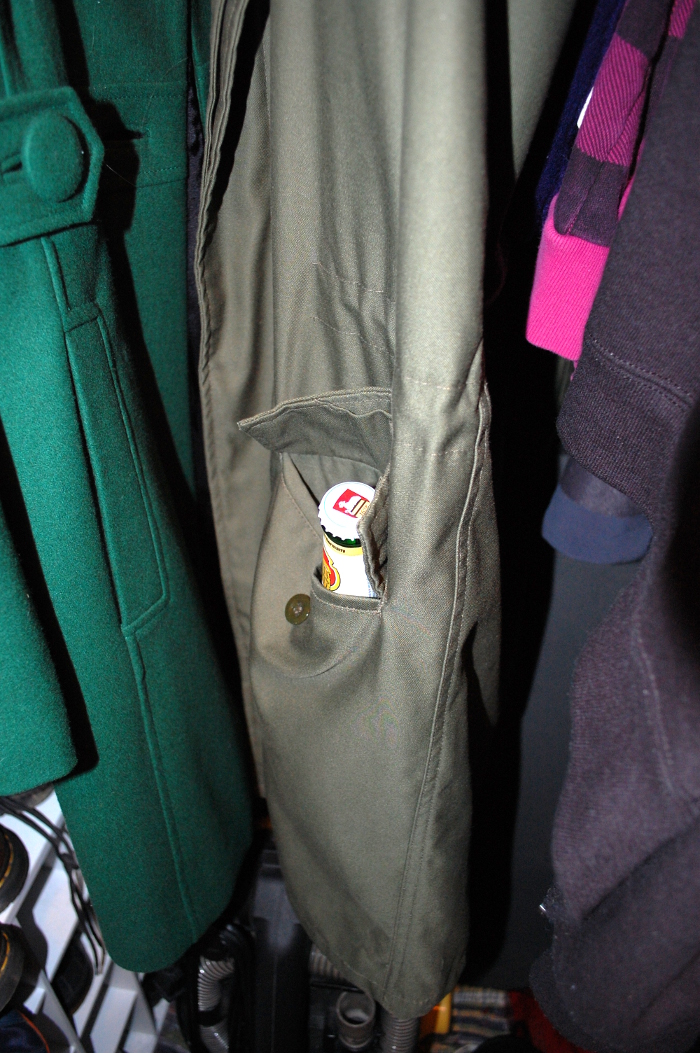 A beer in a coat pocket. Classic.

How To Make A Beer Scavenger Hunt For Valentine’s Day
1. Buy The Beers. Pick a combination of beers you know he’d like, as well as some that he might want to try but hasn’t bought for himself. Pick something special for the end–I bought an expensive bourbon-barrel-aged beer to finish off the hunt.
2. Pick The Hiding Places. As you can tell from the above pictures, I put beers in the baby’s bed, the shower, the oven, and my husband’s coat, among other places. Be creative with this.
3. Write The Clues. Once you have the hiding places, write out clues that will lead him from one beer to the next. For example, the clue for the beer that was in the oven was “Even I can’t cool this place down.” Get it? Ovens are hot and beers are cold. Mr. Savvy knew where to go right away.
4. Hide The Beers. Tape the clues to the beers and hide them around the house.
5. Pick Something Special For The End. I put the fancy beer in the bar and attached a paper heart to it, as follows: 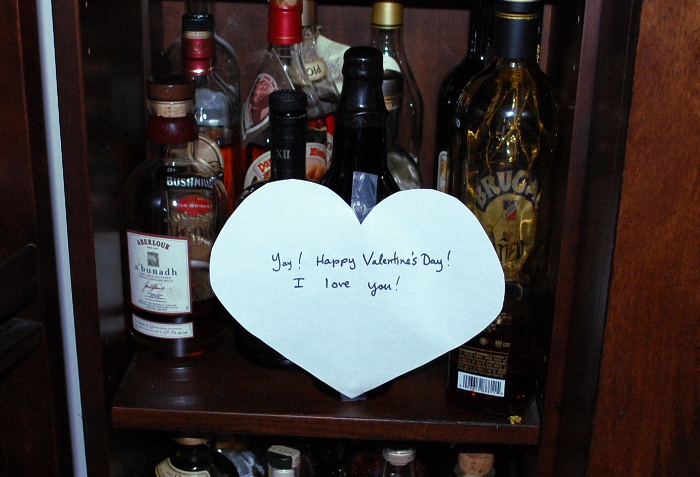 You can get as fancy or silly as you want with this. Happy Valentine’s Day!

3 thoughts on “Make A Beer Scavenger Hunt For Valentine's Day”