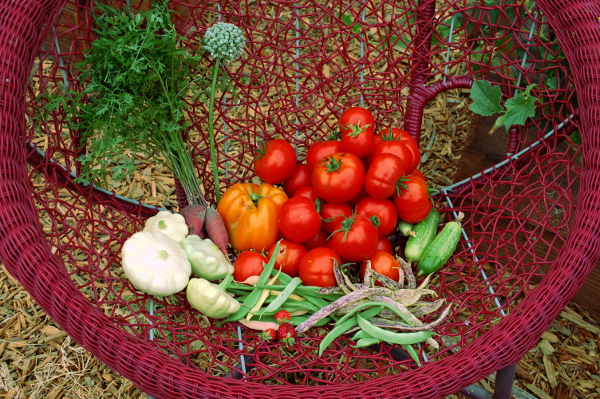 As my 2014 summer garden is winding down. It was a strange year. The plants I normally get a lot of produce from didn’t do well, while plants I’ve never had much of a yield from thrived. 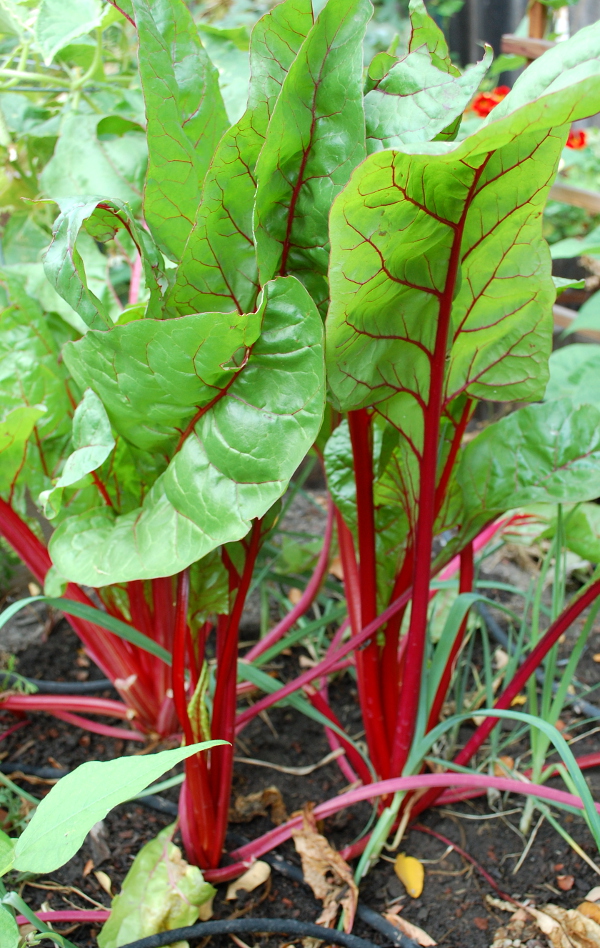 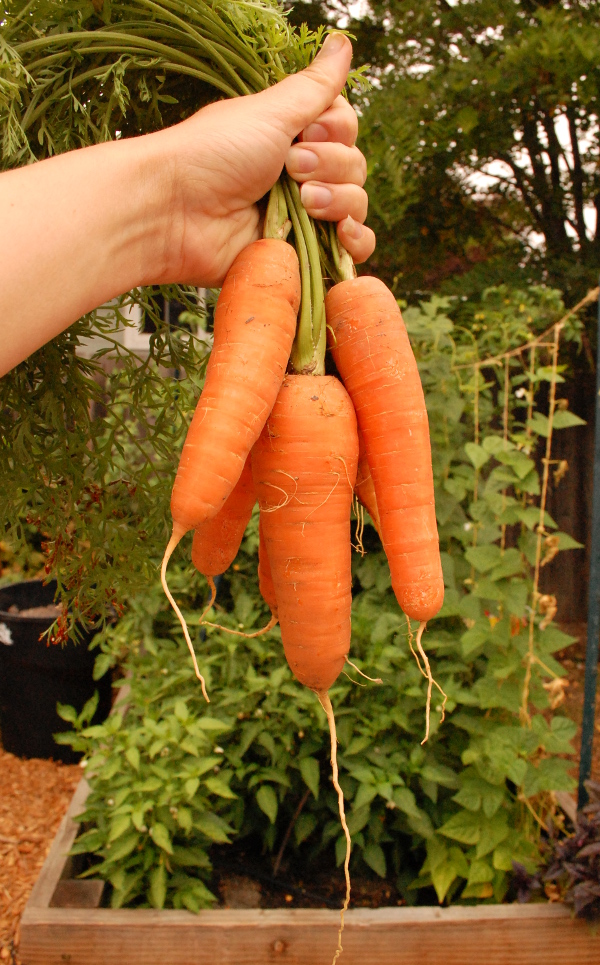 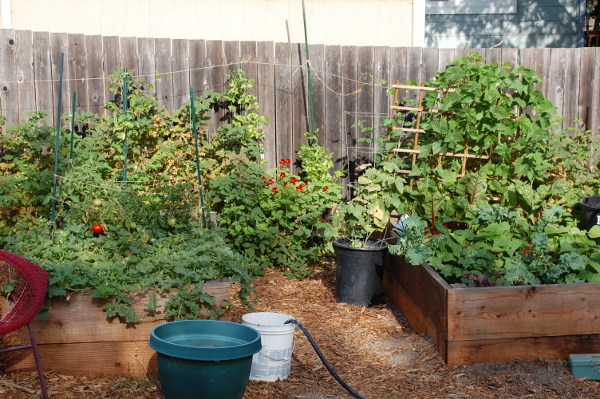 2014 FAVORITE PLANTS: My mulberry tree! I planted it in the winter and it produced quite a few berries right away. I love how mulberries taste, like a mix between a plum and a blackberry.
I also planted Gherkin Cucumber and am pleasantly surprised by how tasty the cucumbers are raw. Plus they’re cute. 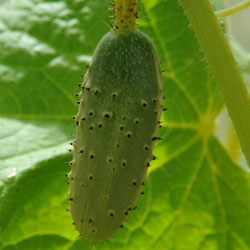 And, of course, there was the delightful surprise of the Ananas D’Amerique A Chair Verte Melon. 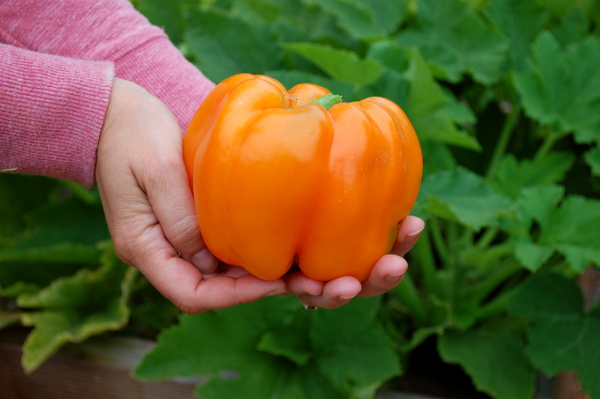 2014 LEAST FAVORITE PLANTS:
I’m mad at all my other fruit trees right now, since I just didn’t get much in the way of fruit this year. The nectarine and cherry trees were as happy as can be, but didn’t give me any fruit. Last year, the blueberry bushes yielded 700 berries last year, but only 100 this year. My lemon crop was destroyed by frost. The strawberries were doing well but the crop was cut short by bugs (more on that in a minute). In fact, the only fruit-bearing plant that didn’t give my problems was the orange tree, which gave me a lot of oranges this year.
So all the fruit trees are in the dog house, is what I’m saying. 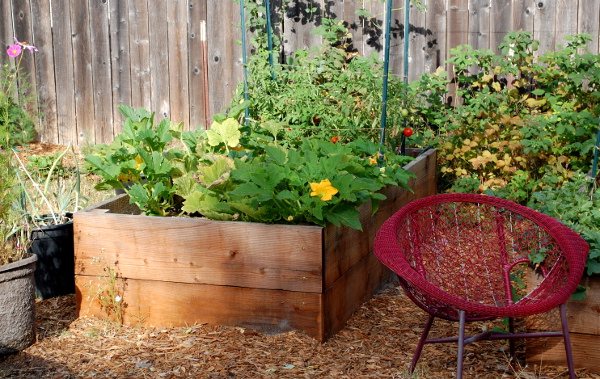 LESSONS:
An Experiment In Corn:

I tried growing corn in a planter along the front of my house. Here’s the corn after I put it in.

I learned a lot about corn. I learned that they like rich soil and regular, consistent watering. Even so, my plants didn’t get as tall as I wanted, only about 4 feet instead of the 6 feet I was going for. And the ears weren’t that great tasting. I’m not sure what the deal is, but I don’t think I’m going to bother with corn again. Corn is so cheap in season, and the corn plants took so many resources, it just didn’t seem worth it.
Then again, never say never.

An Experiment With Grocery Store Onions: 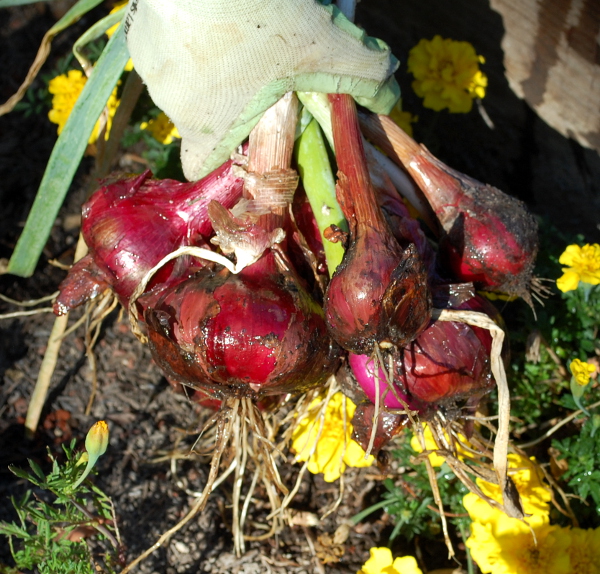 As I wrote before, I put some sprouting grocery store pearl onions in the ground and ended up with a surprise bunch of full-grown onions. They were fun to pull up. I’ll probably make French Onion soup with them. 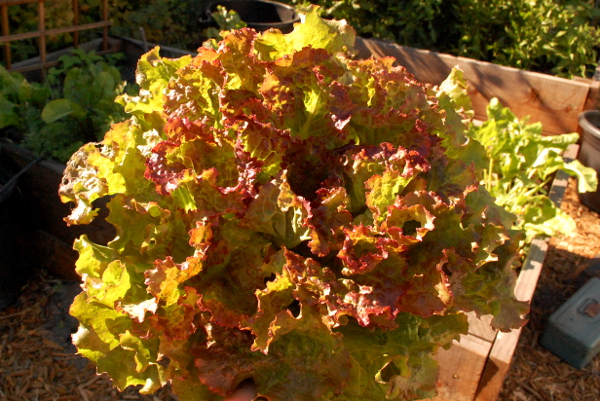 My method of growing lettuce was just too successful this year. I ended up with so much of it, there was no way I could eat it all. Next year I’m going to focus more on spinach and other greens that can be cooked and frozen.

You Can Get Control Of Insect Infestation (Without Poison):
Every year, there is a new pest. This year it was Largus Bugs. Though they’re pretty harmless if there’s just a few around, but if there are hundreds of them–as was the case with me–you have a problem. They suck the juice out of fruit, so they were happily destroying my strawberry crop for awhile. But I just buckled down and killed tons of them, and then the plants rebounded. Now I’m getting strawberries again.
Sometimes gardening isn’t so pretty.
And sometimes it is:

Always Amend Your Soil:
The biggest mistake I made this year was I was lazy about amending my soil in two of my big raised beds, and so didn’t get as much squash and tomatoes as I usually do. Lesson learned: I will never be lazy about this again. 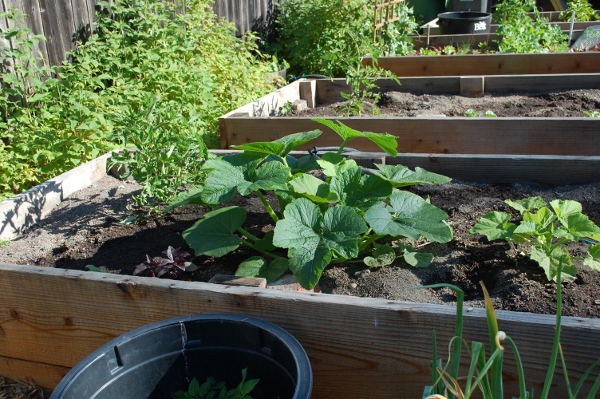 What I’m Changing Next Year:

I’m going to put in more blueberry plants and increase the amount of water they get.
I’m putting in regular orange carrots instead of weird purple ones.
The raspberries are going to get more water too.
I’m not going to prune my nectarine so drastically and see if that makes any difference in why it’s not producing anymore. (Tips on this?)
I’m putting in spinach instead of lettuce.
I’m planting stringless green beans. Mr. Savvy is very particular about strings on green beans.
I’m amending the soil!