I always say I live on top of an anthill. Truly, the number of ants in my yard is amazing. They don’t invade my house, but they love to destroy my plants by colonizing them with aphids and scales.

I’ve gotten pretty good at controlling aphids but the real problem was the ants putting the aphids on the plants, and I knew it. If I didn’t cut down the number of ants in my yard, this problem would keep coming back year after year. 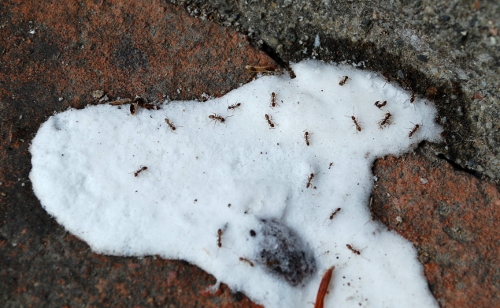 These ants were maddening. Unlike sugar ants, which will go to any ant bait and take it back to the nest, these ants walked right past the commercial ant traps I put out. No matter how many times I dumped boiling water on their anthills, there always seemed to be more of them.

Finally I did some research and discovered that they are Argentine Ants, an invasive species that can be found all over the United States, especially California where I live. They are sometimes called piss ants.

So what do you know, I really WAS living on top of an anthill.

The multiple queens also explained why the boiling water didn’t work. Dumping the water on the hill may have killed off a number of ants, even the queen, but there were eight more to take her place.

The answer to my problem was Borax. This white powder is sold in most grocery stores and is a common ingredient in cleaners. One box costs about $5.

I used the following recipe and the ants were so excited about it that they stopped colonizing my Jerusalem artichoke with aphids and concentrated on taking the bait back to the nest instead. Soon enough they had all disappeared.

Since then I have used the recipe several other times to the same results.

And the best part is, while borax may be poisonous, this trap is set up so that your pets and other wildlife can’t get to it.

How To Get Rid Of Outdoor Ants:

When dealing with poison of any kind, always wear gloves.

In a pot, dissolve the sugar, borax, and water over medium heat until it turns to a paste. Carefully spoon the mixture into and old soda or beer can. This keeps animals out of the bait and protects it from rain.

Place the can in the ant stream and wait for them to notice it. Once they do, leave it alone and soon enough, the ants will be gone. (This can sometimes take awhile depending on the size of the colony. The first anthill I killed went at the bait for almost three weeks before they died out.)

To illustrate, here is a trap I set for a colony that recently appeared on my porch. The ants have been on it nonstop since I set it out: 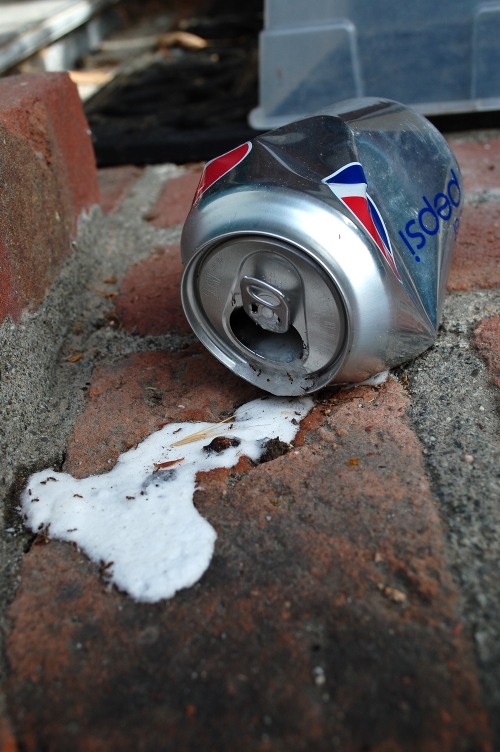 As you can see, I accidentally squeezed the can and some of the baits spilled onto the bricks. Although that sped up the ant’s interest in the bait, I don’t recommend it because it encourages other animals to notice it as well.

To protect my cats, I put a plastic tub over the bait. 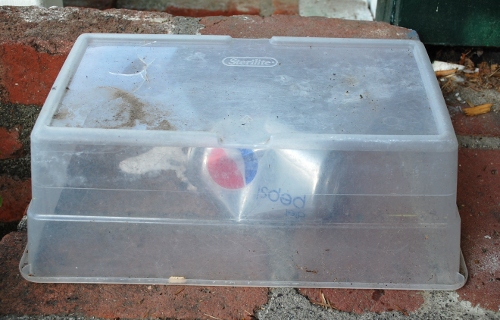 Now nothing can get at it, except the ants.

But not for long.

62 thoughts on “How To Get Rid Of Outdoor Ants”