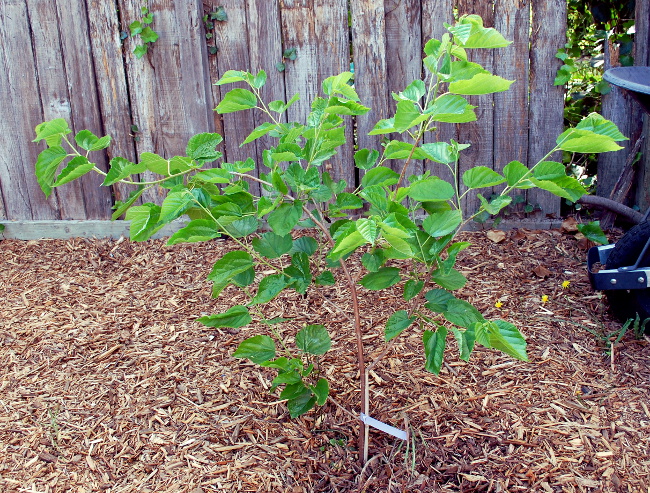 Awhile back I asked you Which Fruit Tree Should I Plant? I ended up putting in a mulberry bush, a black mulberry bush, to be exact. Here’s the first berry of the year: 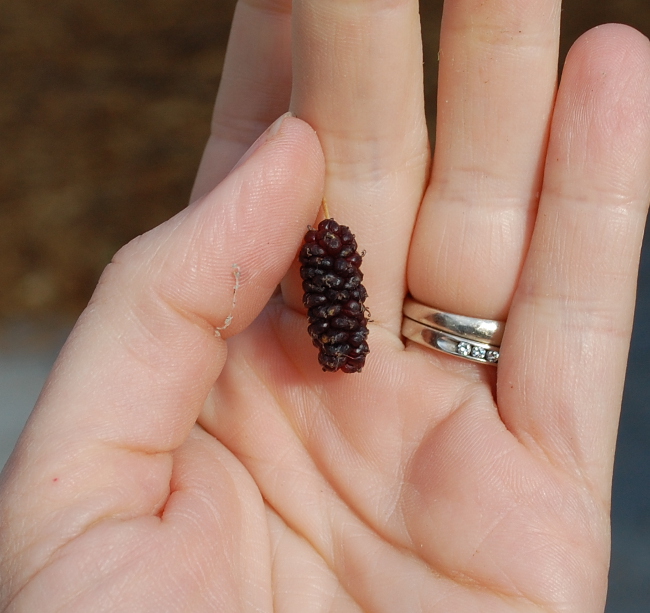 It’s in its second year and I’m happy with it so far. For one thing, it takes almost no care so far, except water. I put the plant in, and it immediately produced quite a few berries in its first year. It has no pests and seems happy with only getting a half a day of light. In the future, I’m sure birds will want to steal the mulberries, so I’m going to keep the plant in a bush form so it’ll be easier to net.
Some people say they don’t care for mulberries and I have no idea what they’re talking about. Mulberries taste like a blackberry crossed with a plum. They are great.
If I get a bumper crop, I’m excited to try mulberry preserves and mulberry galette. I’ll try freezing and drying them too.