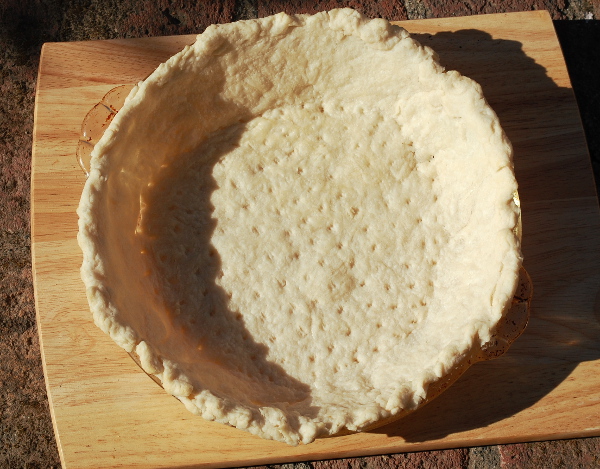 Someone asked me for my pie crust recipe. I use my mother’s pie crust. It comes out perfect every time and tastes good in both savory and sweet pies.
The secret? Believe it or not, it’s Crisco. Although I also make pie crusts using butter, I find Crisco makes a flaky texture in a crust. I keep a container of it in the pantry specifically for this use.
The below recipe makes enough for a double pie crust or two single pies.
If I’m making a single-crust pie, like my recent butternut squash pie, I typically roll out the dough and put in two separate pie tins. I bake the pie crust I’m not using for 10 minutes so that it is partially cooked, wrap it up, and put it in the freezer. Later, if I want to make a quiche or another custard pie, I pull it out, let it defrost, and bake according to the directions. It’s great to have a pie crust on hand for an easy dinner or fast dessert.
My mom made up this recipe through trial and error, so it’s a little odd, but it works. Here it is:

Directions:
In a bowl, combine the flour and salt. Add a scant cup of Crisco. With your hands, mix until the Crisco is integrated with the flour. It will look chunky and crumbly, like you are making biscuits.
Remove 2/3 cup of the dough and put in a separate bowl. Add 1/3 cup cold water to the 2/3 cup dough and mix with a fork until it is soft and mushy.
Add the wet dough to the dry dough and mix.
That’s all there is to it.
If you are making a double crust pie: divide the dough in half, roll out each section, and proceed according to the recipe you’re using.
If you are making a single-crust pie, and want to pre-cook the dough: divide the dough in half. Roll out and put in two pie pans. Crimp the edges of both pies. With a fork, pierce all over the bottom of the crust so that it won’t bubbles when you cook it. Preheat the oven to 425 degrees. Bake for 10 minutes and remove from the oven. Proceed with your recipe. 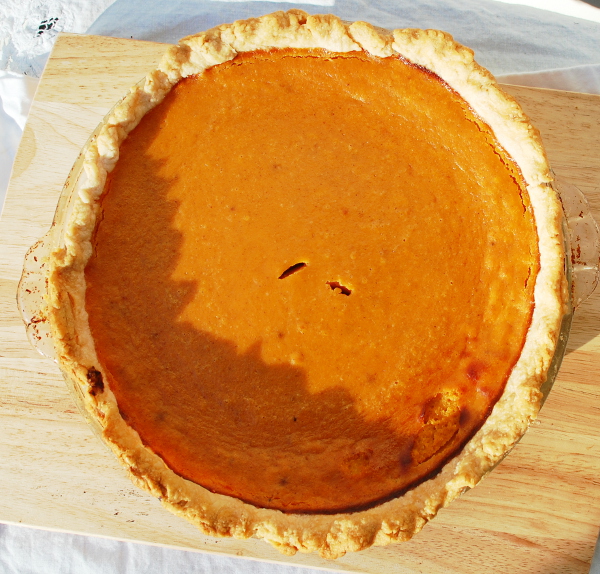