Recently I had an opportunity to try Vikingfjord Vodka from Norway. It had a clean flavor that I thought would be perfect for making some flavored vodkas for summer cocktails, so I decided to try making coconut vodka with it. 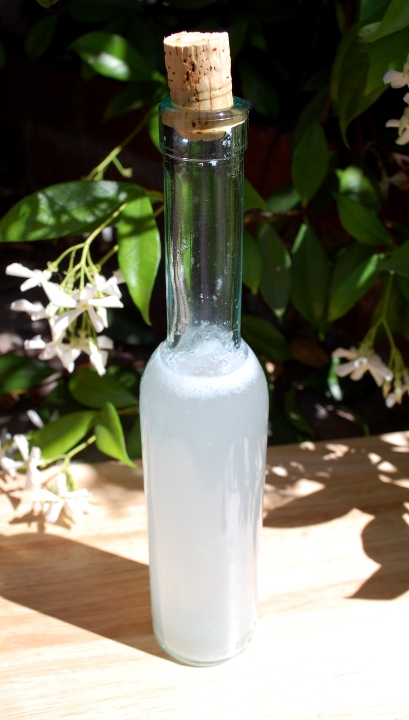 This recipe could not be easier. To make the coconut vodka, steep coconut in vodka for 2 days. That’s it. I didn’t even use fresh coconut. I had a half-used bag of coconut in the pantry from the last time I made a coconut dessert.

The result is pretty awesome. You can drink this stuff straight and almost forget you’re drinking vodka. I see some dangerously delicious cocktails in our future. In the meantime, here’s the recipe to make your own coconut vodka:

Combine vodka and coconut in a bowl. Cover. After 24 hours, taste vodka for desired flavor. I found it got just about right after two days of steeping.

Strain the vodka and transfer to a bottle. Enjoy straight or in any cocktail that calls for coconut-flavored liquor.