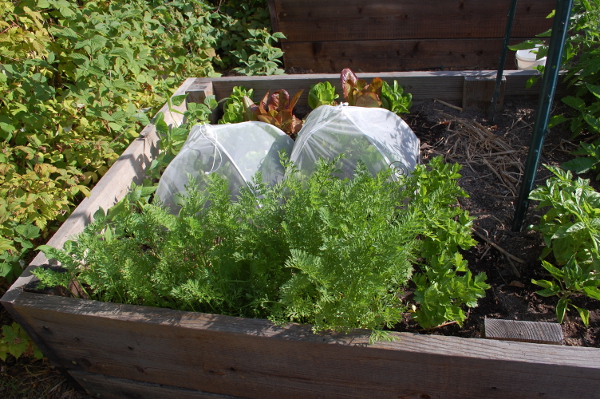 This is the busiest box in the garden. In addition to growing spinach under a mesh food cover, it has French green beans, carrots, and celery root.
And more lettuce. 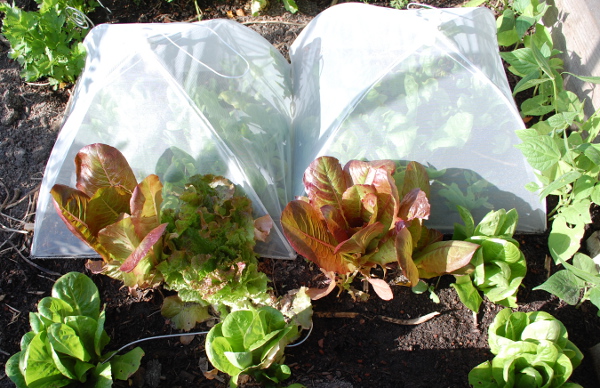 In the second half of the box, there are a row of leeks and a green zebra tomato. 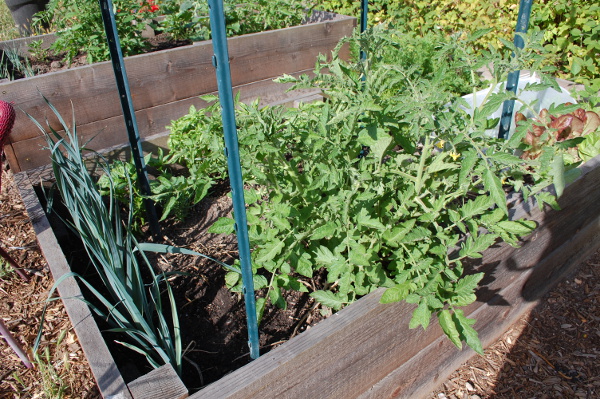 Still have to trellis that tomato… 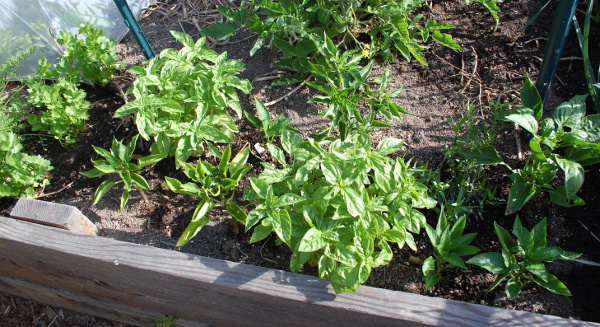 Then there are herbs and several bell peppers: red, yellow, orange, and purple. I’m growing all sweet peppers this year. I grew so many spicy peppers last year, I won’t need anymore for a long time. 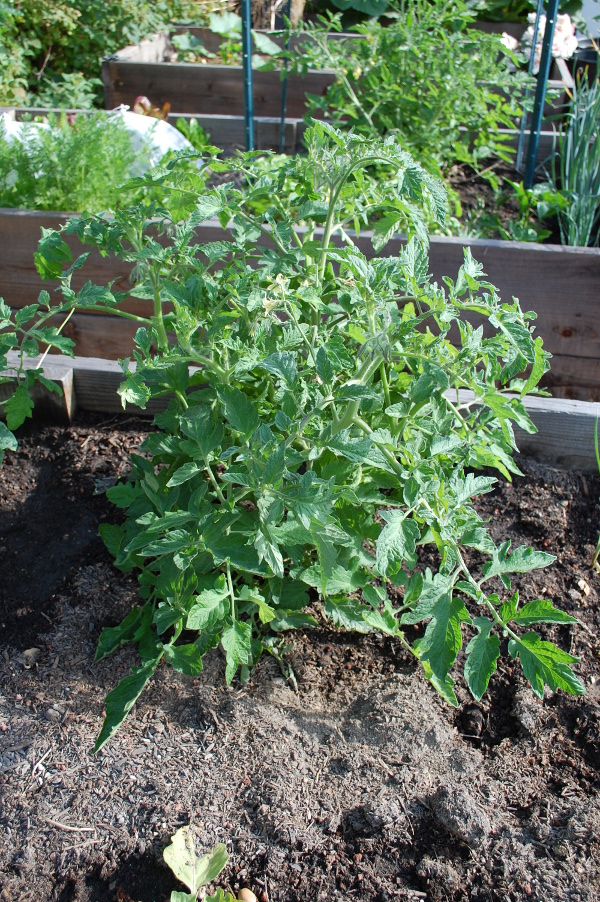 In this box, the plants are struggling a bit. I’m not sure why. I have two tomatoes in the box, a beefsteak and an early girl. 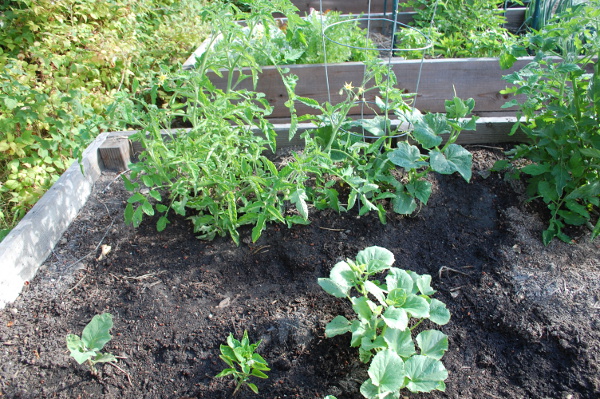 There’s also two types of cucumbers: Armenian cucumbers and a small spiny pickling cucumber that I like to eat raw as much as I like to pickle them.
Also in this box are some limping-along peppers, eggplants, and another row of leeks.
Tune in tomorrow for 2015 Garden Tour Part 3