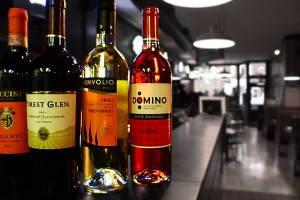 This article 10 Things Restaurants Aren’t Telling You from the perspective of “restaurant staffers” is pretty interesting.
For example, did you know that the second cheapest bottle of wine is marked up the most?
According to the article, “testaurants realize that many people won’t order the least expensive wine (no one wants to look like a cheapskate!) so they often go for the second cheapest. That’s exactly why it’s often the most marked-up bottle on the list.”
Also, #6: “Ordering coffee at night? It’s probably decaf.”
Hmmm.
“It’s time-consuming to start and wait for a pot of coffee, so staffers pour what’s available. Since many restaurants only brew decaf in the evening, it’s even more likely that you’ll get the switch.”
Read the rest of the article here.