Disclaimer: This method of childproofing isn’t going to stop a determined child from sticking a finger in the fan. It’s just meant as an easy way to add an extra barrier in front of the blade. You should still use common sense and keep the fan away from a child.

We found an easy, cheap way to childproof our box fan. All it took was a mosquito screen that you can buy for $5 from any hardware store.

It works great. The air still goes through the screen, but it adds a layer of protection against Savvy Jr. putting his finger on the blade. 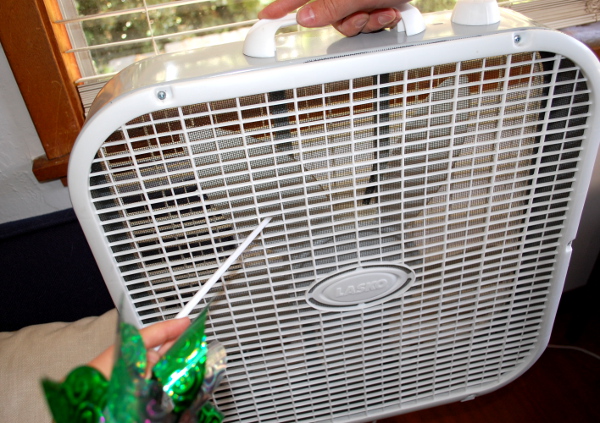 How To Childproof A Box Fan

1. Unscrew and remove the top of the fan. 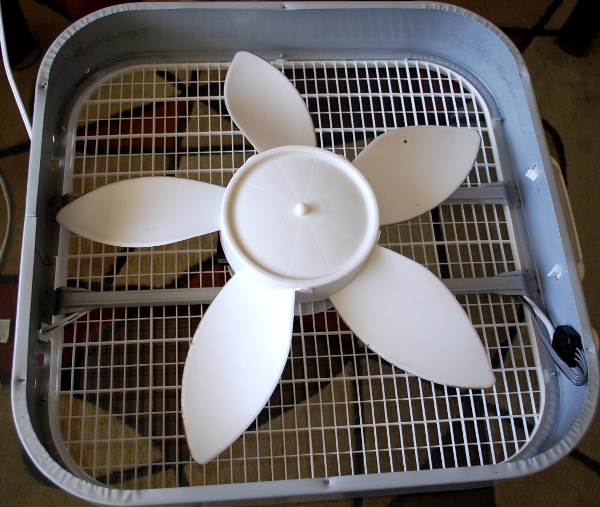 2. Stretch the screen over the fan. 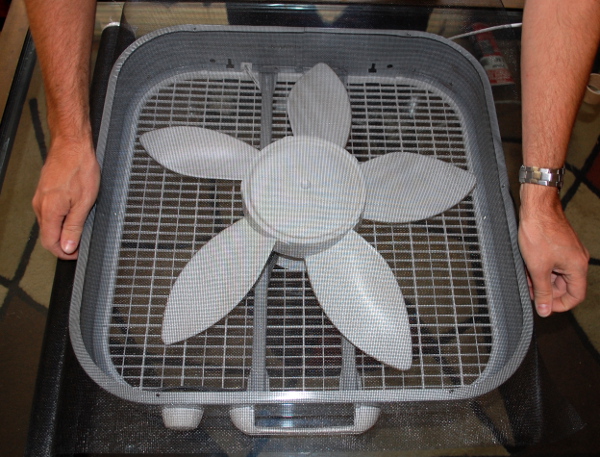 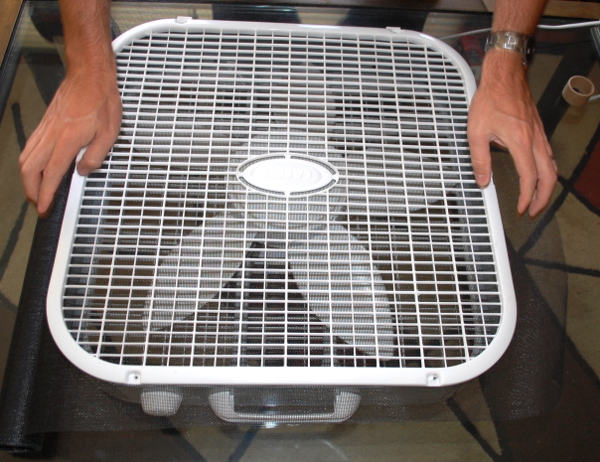 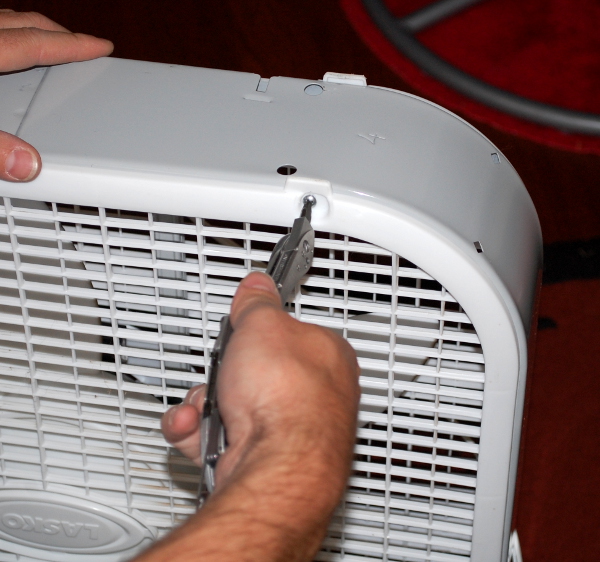 The screws will go right through the screen. When you get all in place but the last two or three, have someone else stretch the screen tight. Finish up the screwing.

5. Cut the excess screen away. We found a sharp knife works best. Just cut close to the fan as possible 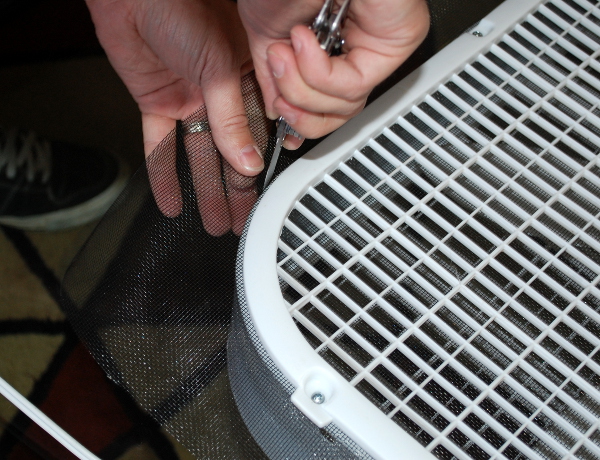 If you want to make this hack permanent, add a bead of hot glue around the edge of the screen before replacing the top of the fan. The glue will help hold the screen in place.
Sure beats buying a whole new fan.