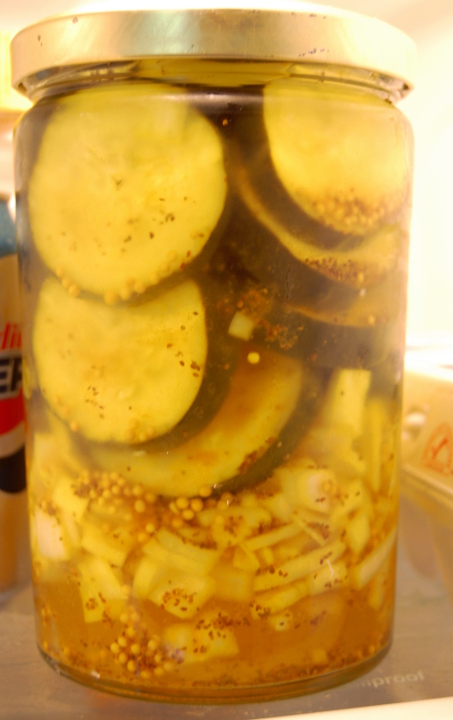 I have several loaded cucumber plants right now so I will probably do what I normally do with them–make pickles. I’ve already gone over how to make refrigerator pickles. It’s very easy and costs half the price of store-bought pickles.
Here are a few other cucumber recipes I might be trying soon:
Salads are a natural for cucumbers, and one of my favorites is the Japanese Cucumber Salad. It’s just thinly sliced cucumber mixed with rice vinegar and other seasoning.
I’ve been watching Iron Chef lately and am surprised how often they grind cucumbers up for sauces. It reminded me of Tzatziki, a Greek sauce commonly used in gyros, which is thick and yogurty.
I was intrigued by Cucumber Sorbet. Something about the understated flavor of cucumber makes me think that this would be refreshing and delicious. 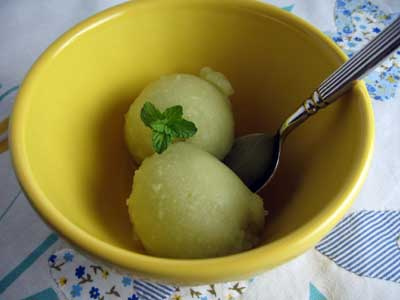 I know for a fact that cucumber goes really well in cocktails. You can get cucumber-infused vodka by cutting some cucumbers up and letting them sit in the vodka for 3-7 days. Or you can simply mix them into the drink. Here’s a recipe for Cucumber Margaritas.
I also like when people cut cucumbers up and put them in a pitcher of water.
There are a lot of cucumber appetizers out there, but most of them look like someone spooned pate onto a cucumber wheel. However, these Cucumber Shrimp Rolls are very pretty.

And finally, there’s always cucumber sushi. I bought a sushi kit from the grocery store out of curiosity. Maybe I will try some cucumbers in it for lunch today.

4 thoughts on “What To Do With Cucumbers”