I always look through the books at thrift stores. I often find bestsellers for a fraction of the price that way. I also find a lot of works of classic literature, usually in old paperbacks. For example, I am slowly accumulating a full set of Shakespeare by purchasing the plays at thrift stores.
I love old paperbacks. The older they are, the better. For example, this version of Howard’s End by EM Forster was originally published in 1921 by Knopf. 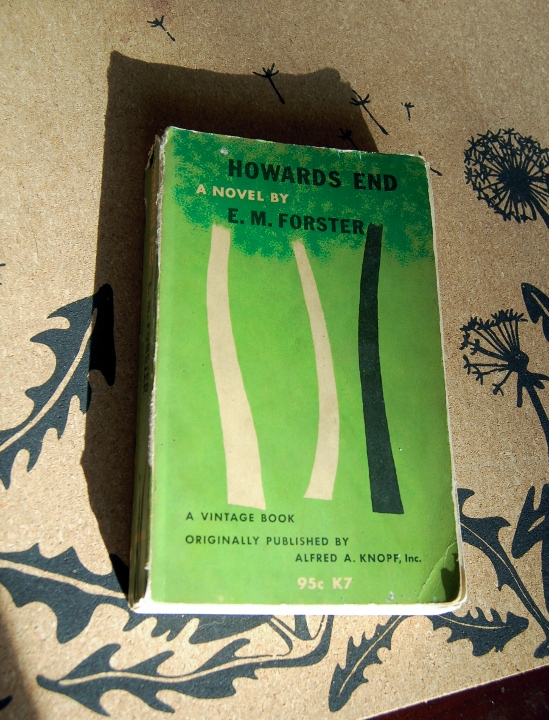 I picked it up for $.30 last weekend, and I think the green cover with the black trees is the bees knees.
I wish I still had my paperback of Days of the Locust by Nathanael West to show you. It might have been an original version of the book–anyway, it had this great modern, abstract cover. Unfortunately, the book fell apart while I was reading it, and no amount of tape could fix it up. I ended up recycling it, and it made me sad, because the book had survived for so many years, and it is such a good book, too.
There are often great things tucked inside these books as well. In a version of Coriolanus by Shakespeare that I have, someone left the top of a plastic bag that held scan-tron test sheets in it, which must have meant that a teacher owned the book. I have also found family photos, receipts, and once, a part of someone’s painting, which the artist ripped up and left inside the book for someone else (me) to find. 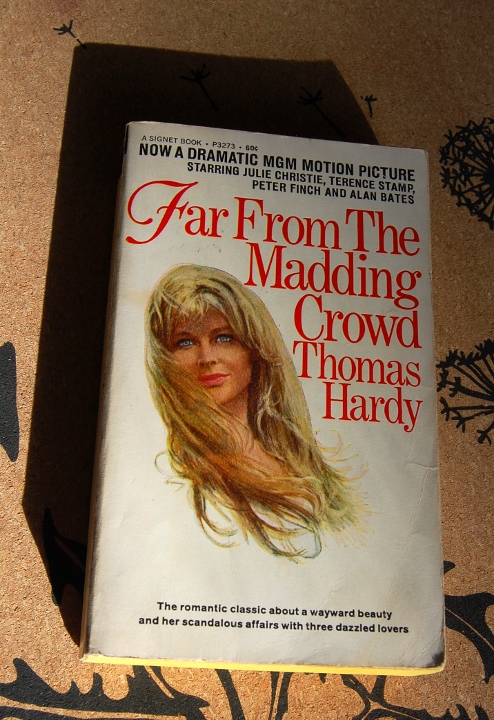 This is a hilarious version of Far From the Madding Crowd by Thomas Hardy. The novel is a classic piece of literature, but the publishers, Signet Book, decided that it would sell better if it was packaged as a steamy romance. On the front, it says, “The romantic classic about a wayward beauty and her scandalous affairs with three dazzled lovers.”
If you have read Far From the Madding Crowd, you know that’s a bit of a stretch. The book is about marriage and love in the English countryside, true, but it’s no Lady Chatterley’s Lover. And then, take a look at the back of the book: 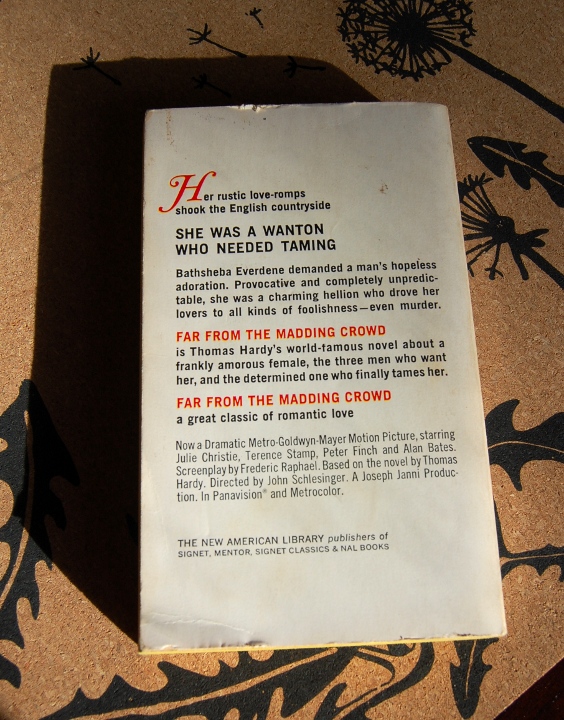 SHE WAS A WANTON WHO NEEDED TAMING 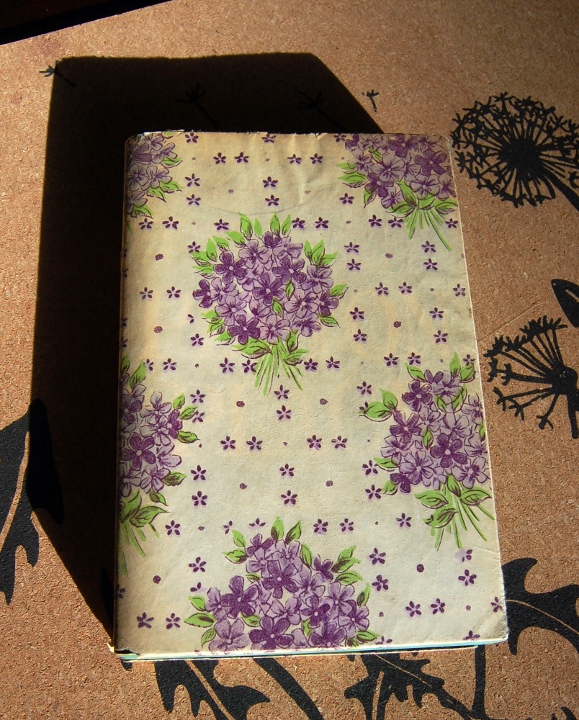 This is my favorite thrift store book find. It’s a small paperback that has been studiously covered with prim lavender wrapping paper. Why? 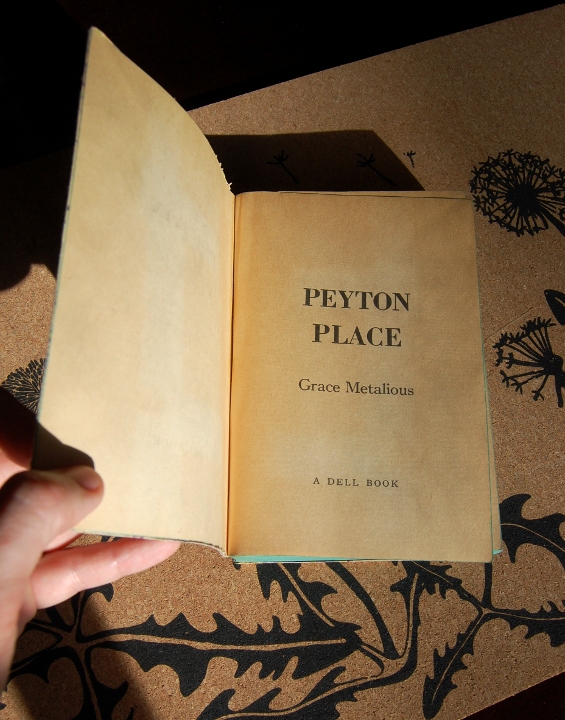 It’s the scandalous book from 1956, Peyton’s Place by Grace Metalious, about sex and other bad things in a small American town. The original owner probably covered this book so that she could read it in public without anyone knowing what she was doing.
I love to imagine this woman carefully lining the book and carrying it around with her so she could read it on the bus or at her lunch break without any shame. Or maybe she just did that to all her books. Who knows?