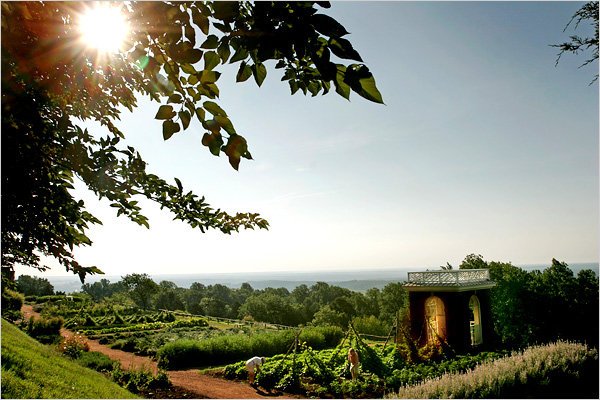 The New York Times has an article on Thomas Jefferson’s 2-acre vegetable garden in his home Monticello in Virginia, which you can visit today. From 1809-1826, Jefferson grew 170 varieties of fruits and 330 varieties of vegetables and herbs.
The article says Jefferson was an “experimental” gardener. Really, though, he sounds like an organic gardener of today. He dug compost into the soil, saved seeds, and was an avid visitor of farmer’s markets.
He also sounds like he was good at making the most out of his crops. He gardened all year round and sowed plants successively to have a longer harvest. He also noted the warm and cold spots in the garden and grew plants accordingly, planting heat-loving plants like okra, melons and tomatoes on the mountain slope where they would get the most sun, and planting cool-season lettuces “in the low-lying, damper areas farther down the mountain.” 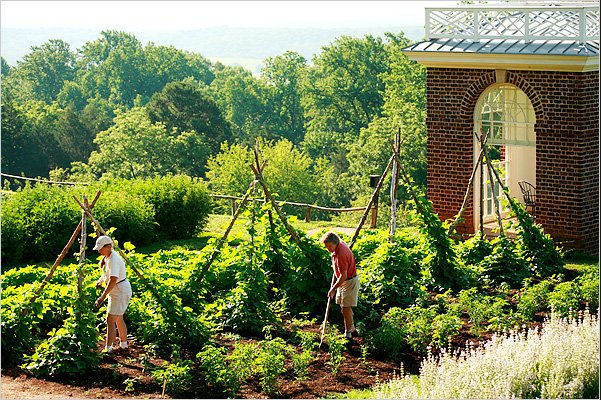 This being the time before pesticides, it was interesting to read how Jefferson handled pests and disease. The key, he seemed to feel, was good soil, which meant stronger roots and healthier plants.
As Jefferson said in a letter to his daughter dated July 21, 1793: “I suspect that the insects which have harassed you have been encouraged by the feebleness of your plants, and that has been produced by the lean state of the soil.”
He adds, “When earth is rich it bids defiance to droughts, yields in abundance and of the best quality.” His words reveal a man of the earth far ahead of his time: the scientific connection between fertile soil and plant health is only now being documented.”
I want to visit Monticello now.