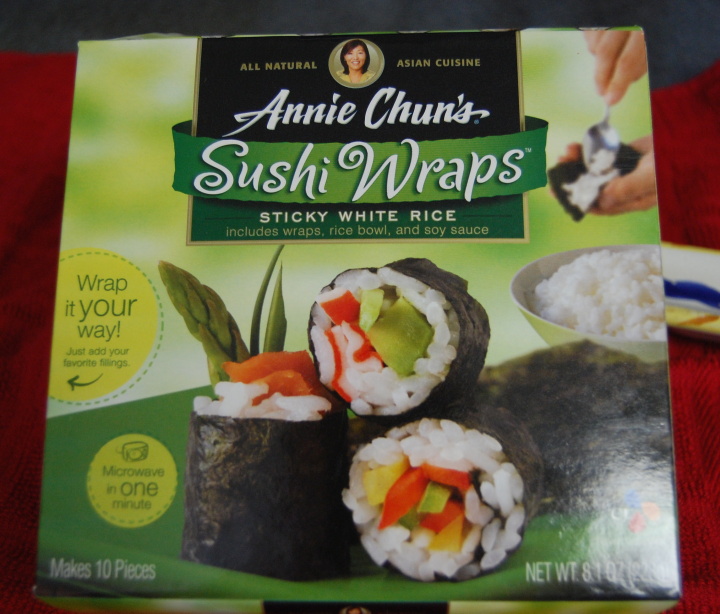 The grocery store had a sale on Annie Chun’s Sushi Wraps, for making your own sushi. I was under the impression sushi was difficult to make, and now they had a kit to do it for $2.99? Ok, I would try it.
The kit came with surprisingly few things–a bowl of sticky rice, some rectangular sushi wraps, and a packet of soy sauce. The rice used a fancy-pants technology where you pull back the wrapper about a half inch and microwave it for a minute and somehow end up with pretty darn good sticky rice. After doing that, all you had to do was assemble the sushi.
I didn’t want to mess with raw fish, so I decided to go with vegetarian sushi. I got a cucumber and a zucchini and cut them into matchstick-sized slices. The instructions were a little vague, but it seemed that my task was to first spread the rice on the sushi wrap, like so: 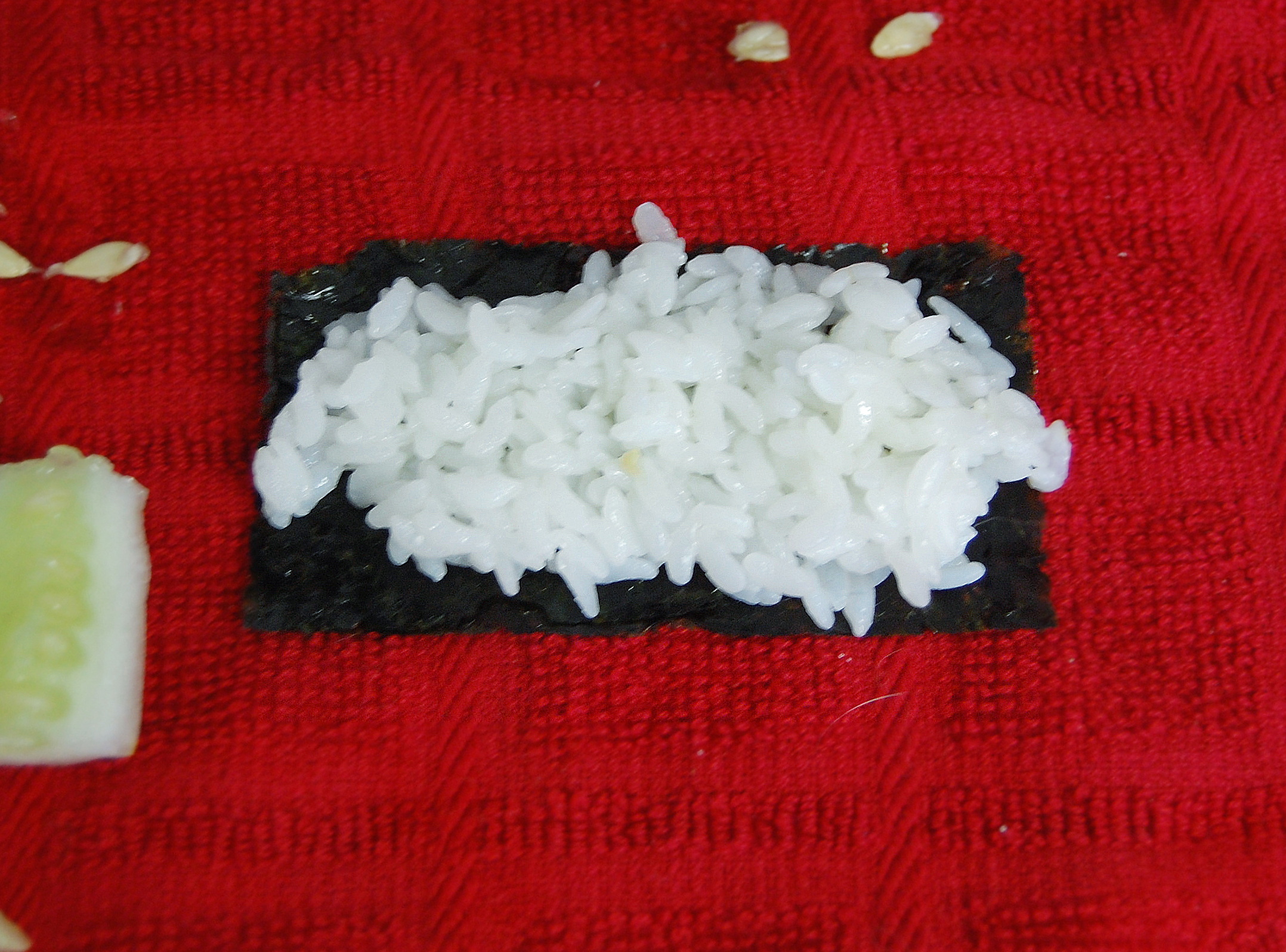 And then put the vegetables in the center and roll the sushi. The instructions didn’t say how to roll, and it turned out to be difficult. I found that if I used a piece of plastic wrap to roll around the sushi, it stuck together better. Still, I couldn’t get the sushi tight enough that I could have it sitting up on the plate. I had to lay them on their side. (How do they get sushi to stay shut, anyway?)
In the end, I did end up with something vaguely sushi-like: 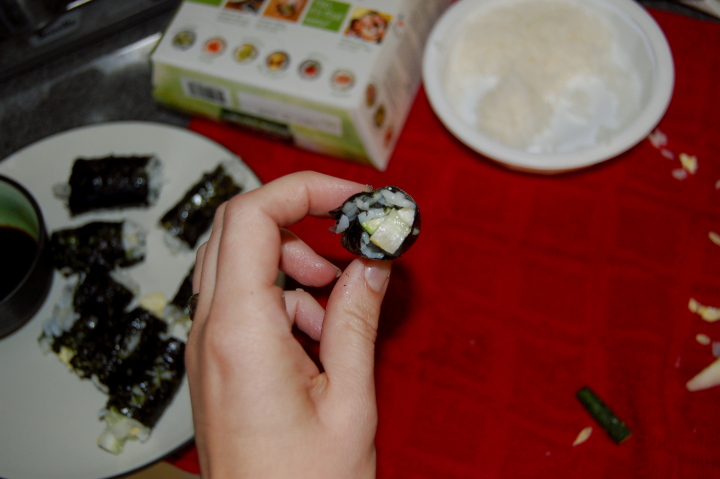 The bad: The sushi didn’t hold together, so I had to kind of squeeze it to eat it. Also, as mentioned, rolling was hard.
The good: The rice tasted right and had the correct texture, which helped a lot in pretending I was eating real sushi. I also had some wasabi in the fridge and mixed it with the soy sauce to add to the sushi experience. It was a surprisingly filling lunch for being all rice and vegetables, and I had that satisfied after-sushi feeling I get after eating real sushi. It was also better and fresher than supermarket sushi.

The verdict: Definitely fun to try, but not something I would get again.

3 thoughts on “The Make-Your-Own Sushi Kit”