We have begun the remodel of our bathroom. I have possibly one of the stupidest bathrooms in the world. The worst part was the original door. Instead of putting the door in the hallway and making the bathroom one big room, the original builder decided to put the door inside the room so that the bathroom was divided into two spaces, the laundry/linen closet area and the bathroom area.
I suppose he thought that by doing that, he was adding a room to the house, but what it actually did was create a very awkward, cramped bathroom with a weird door that swings and hits you in the butt when you are washing your face in the sink.
So last month, my father and husband moved the door. They took the original out and framed a new door in the hallway where doors are supposed to be. Then, this weekend, my husband took out the old door frame and wall. The change is dramatic.
Before: 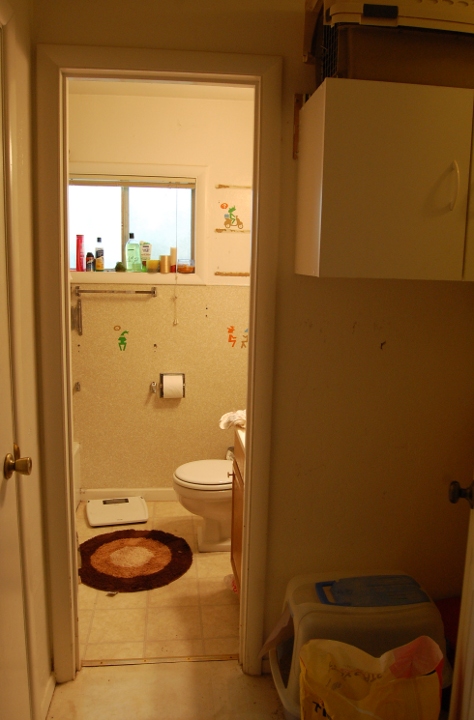 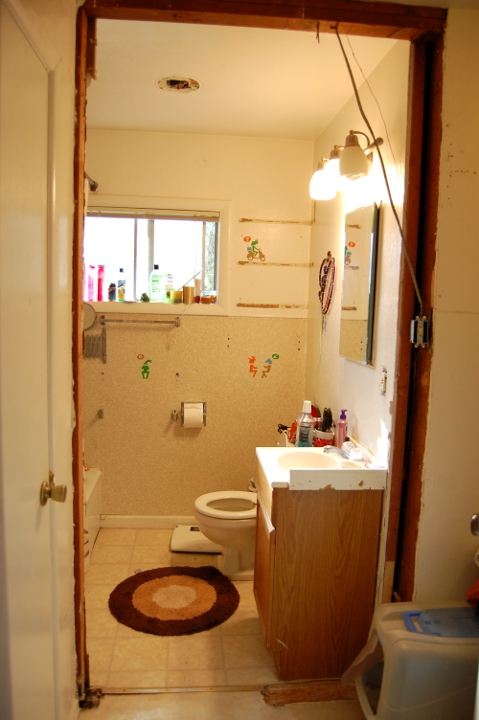 The picture doesn’t do it justice. I am amazed by how big our bathroom actually is. It is quite luxurious, actually. Or it will be once we re-do everything–obviously old linoleum from the 1970s isn’t luxurious. But now the room is full of light and space, where before it was cramped and ugly. It’s amazing what taking out a wall can do.
Next step: replacing the stupidest linen closet in the world with a nice one. But more on that later.

3 thoughts on “The Magic of Demolition”