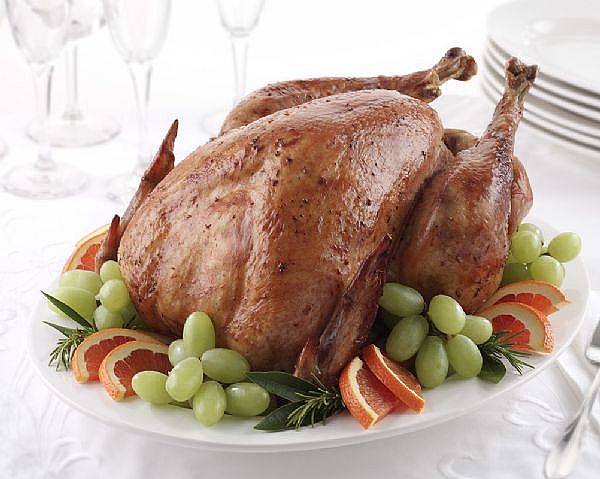 [Image courtesy this site]
Recently, I went through my freezer and wrote a list of everything I had in there with the intent of using it up. I realized that I had everything it took for a Thanksgiving meal, including a frozen turkey that I bought last November. So we decided to have Thanksgiving in July.
I didn’t want to exactly reproduce Thanksgiving food, so we gave everything a summer twist.
Instead of stuffing, I made jalapeño cornbread–thus using up frozen corn and frozen jalapeños from last year’s garden–and turned it into cornbread-and-sausage stuffing, using vegetables from the garden and homemade sausage.
For the potatoes, we drew inspiration from potato salad and added parsley, dill, and some sour cream (frozen in the freezer) to regular mashed potatoes.
We served a salad of spinach, nasturtium flowers, and strawberries (all from the garden) as well as sautéed fava beans (frozen) and zucchini (from the garden).
And of course, Mr. Savvy cooked the turkey in his smoker.
I even served cranberry sorbet as a palate cleanser before the meal.
Finally, for dessert, I made an excellent pumpkin ice cream using a can of pumpkin that was in the cupboard. I’ll share the recipe tomorrow.
Thanksgiving in July was a great way to eat up some food, have some friends over, and have fun for very little money. And it turns out gratitude and friendship is just as meaningful in July as it is in November.
I just regret not taking some pictures!
Thanksgiving In July Menu