Thanksgiving is a week away already … ? Wow. Ok, I guess I’m going to have to go shopping and get things together. One thing should work in my favor–the wall of our dining room is orange because of some unfortunate 1970s wallpaper that we have yet to remove. Thanksgiving is the one holiday that works with the wallpaper, so that’s a plus.
I usually let my mother do the table decorations, but this year I want to go with something a little different. Here’s a few table settings I thought were nice: 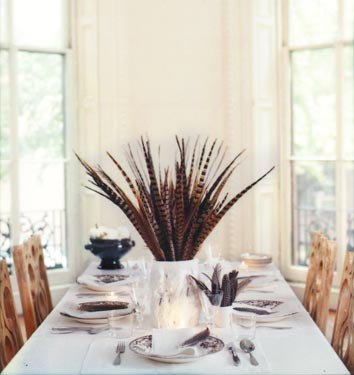 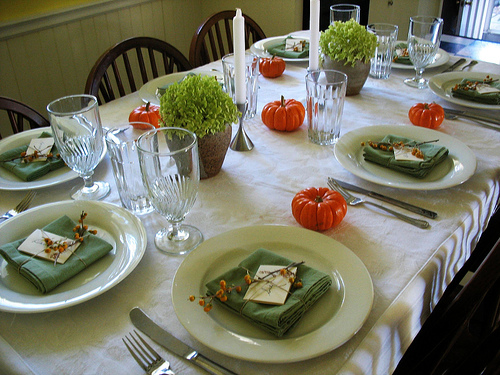 I found this on postscript love’s flickr site and was impressed with her use of the tiny pumpkins. Simple and effective (plus it leaves room for the food). 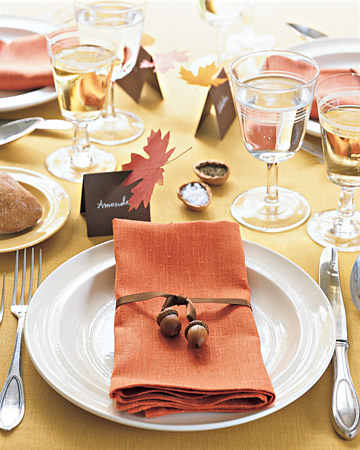 Martha Stewart has a whole slideshow of Thanksgiving table settings, including this elegant set up. 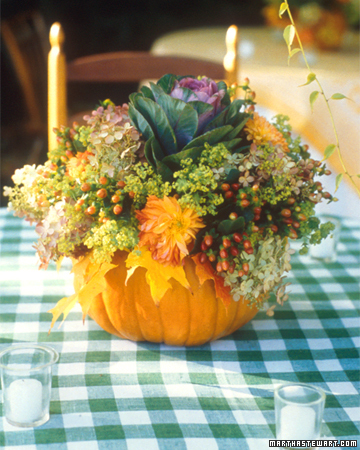 Also on Martha Stewart, this little pumpkin centerpiece. I don’t like the flowers that are being used here, but I love the idea–a pumpkin being used for a vase.
Personally, I think I might go with the pumpkin vase filled with chrysanthemums. Or maybe I’ll get some bare Manzanita branches and put them in a vase, sort of along the lines of the pheasant feathers. Either way, along with the unfortunate orange wall, the room should look pretty Thanksgiving-ish when I’m done.