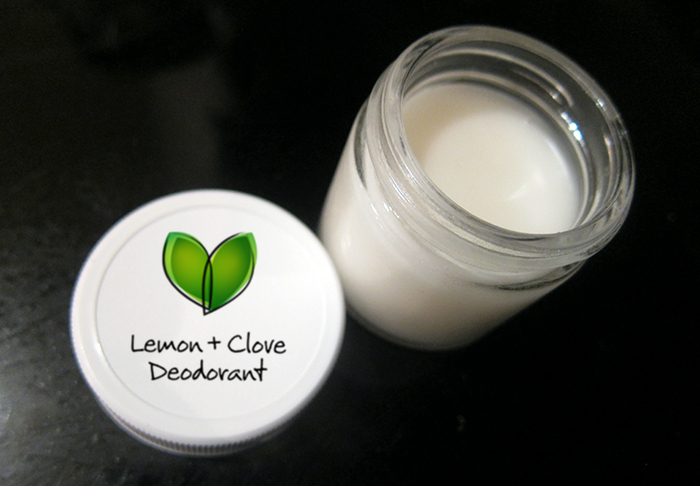 Deodorant. It doesn’t exactly break the bank. I probably spend under $10 a year on deodorant, so I have often wondered if making it is a good use of time. Yes, you might save a few pennies, but is it worth it to bother?
Wise Bread asked the same question. Marla Walters made her own deodorant using this recipe, which includes coconut oil, cornstarch, baking soda, and essential oils for smell. She tried it out in several high-pressure situations and found that it worked well:

The final test? I strode into my husband’s man-cave, holding up my arm, and said, “Wanna sniff my pit?” (Bear in mind that we have been married for thirty years.) After giving me a look, and actually not laughing, he said, “Sure, why not?” His proclamation? “All I smell is lemon.” He’s a real sport.

The price comparison is a little confusing here, but it sounds like homemade deodorant is cheaper than the store-bought “natural” deodorant, although she doesn’t say by how much. Walters also thought the homemade deodorant smelled better and had the health benefit of using all natural ingredients.
The downside is that while this recipe keeps you from smelling, this is not an antiperspirant and will not keep your armpits dry.
I would also like to hear more about how the homemade deodorant is applied. In the recipe, it looks like it is in a jar, which means you put it on like lotion? I’m not sure.
I’m still skeptical. The last time I bought deodorant it was around $2, and it lasts me a long time. Sometimes it’s worth it to pay for convenience.
But what do you think? Have you made your own deodorant?

7 thoughts on “Should You Make Your Own Deodorant?”