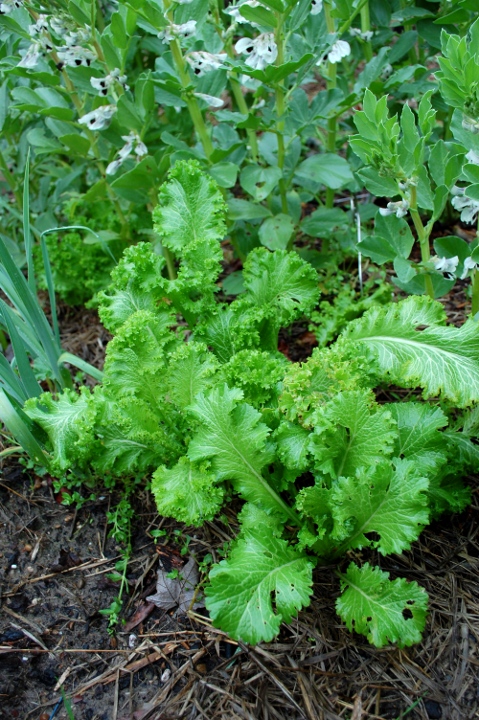 This post is more relevant than ever, I suppose, since world food prices rose 2.2% in February, reaching a record peak. Yikes!
I am getting better at gardening all year long. Right now, for example, I have leeks, mustard greens, arugula, and chard from the garden, as well as two full lemon bushes and 2-3 chicken eggs a day. The fava beans plants are also tall and healthy, but probably won’t produce until April and May.
Of course the real time to plant is in the spring. Last weekend, as I mentioned, I sowed some seeds indoors. That required me to think about what I wanted to plant this year, which led me to plan my 2011 vegetable garden.
My garden is my science experiment and biology classroom. I learn so much just from watching it, and every year I try a new experiment to learn something new. Last year, I harvested my own seeds for the first time, finally figured out how to get rid of gophers, tried cardboard mulching, and realized the benefits of planting in groups instead of monocultures.
The last point was a tiny revelation for me. Most people put the same plant in long rows, thus creating mini-monocultures in their garden. I did this until last year, when I tried grouping different plants together in rows–a mustard plant beside a carrot beside a bean, etc.–and I found that it reduced pest damage to any one crop. If the same plant is in a long row, there’s nothing to stop a bug from indulging in an all-you-can-eat smörgåsbord. If the same plant is staggered between other plants, the pest has to search around to find more of the same, and thus is less likely to do as much damage.
In 2011, I’m going to take this concept to another level by experimenting with companion planting. I read a book on the subject called Carrots Love Tomatoes, which led to all kinds of great ideas: 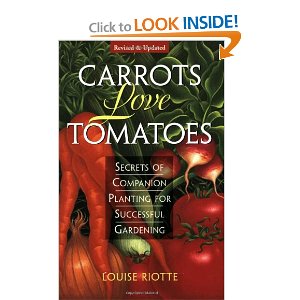 I know some people are skeptical about companion planting, but it makes sense to me because it’s closer to how plants act in nature. Wild plants don’t grow in monocultures, they grow in groups with other plants. If we can imitate how nature works in the garden, we get healthier, happier plants–or that’s the theory, anyway. We’ll see how it goes.
Here is what I am planting in 2011, in the groupings I’m considering:

Corn
Kentucky Green Beans (to grow up the corn stalks)
Cucumbers (between the cornstalks)
Strawberry
Spinach (apparently these plants are “friends.”) 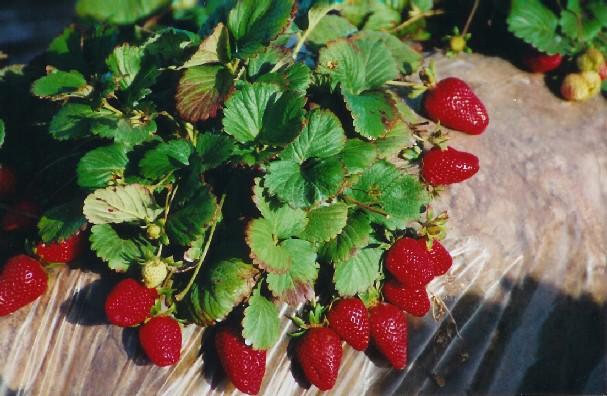 Bell Peppers
Jalapenos
Basil (turns out basil and peppers use the same water and light, so grow well together)
Zucchini (in groups together because they have to cross pollinate)
Butternut squash (the same)
Crane melons (too sprawling to pair with anything else)
3 Tomato plants (brandy wine, a beefsteak, and some kind of heirloom.)
Nasturtium (I’ll put these edible flowers in as a ground cover around the tomatoes.) 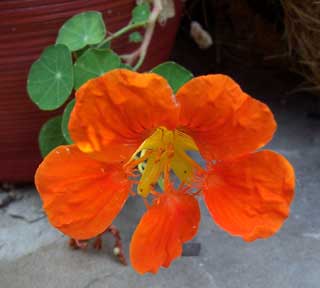 [This Garden Is Illegal]
Peas (snap beans)
Beans (probably haricots, i.e. French green beans)
Carrots
Leeks
Radishes (alternating in some way)
Large sunflowers (I want to group these with something, but haven’t decided what)
Lettuce (radicchio, endive, arugula, etc. They will be planted in the shade of other plants–by the raspberries or between the tomatoes, etc.)

Vegetable that won’t be going in the main garden:

Potatoes
Beets (I’m putting these in containers to keep the gophers out)
Chard (I find chard does great in the shadow of big herbs like rosemary)
Artichokes (I’m putting these in the front flower garden bed because they are perennials)
Bulb fennel (I LOVE fennel, but it is a gopher magnet, so I will probably put these somewhere away from the vegetable garden so that if they attract gophers, I won’t be directing them to an all-you-can-eat buffet) 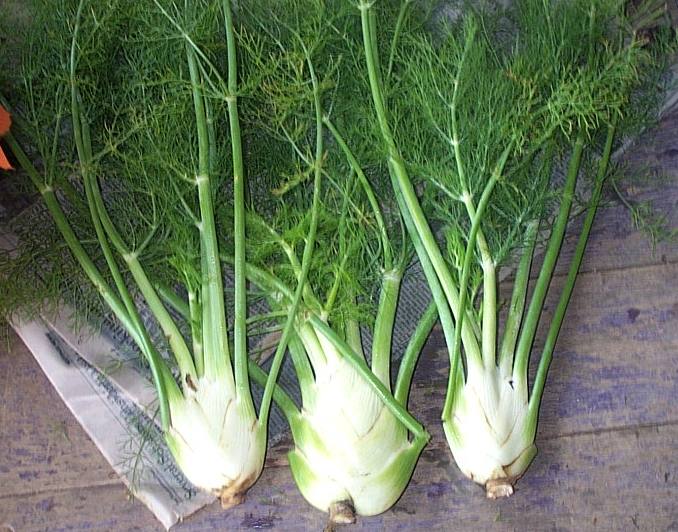 [La Tavola Marche]
Sunchokes/Jerusalem artichoke (A new plant for me. Not sure where to put these, but they will go somewhere.)
Asparagus (Another new plant. It’s a perennial, so will need a permanent spot)

I’m still thinking, but this is the basic plan. I can’t wait to get out there!
What are you planting in 2011?