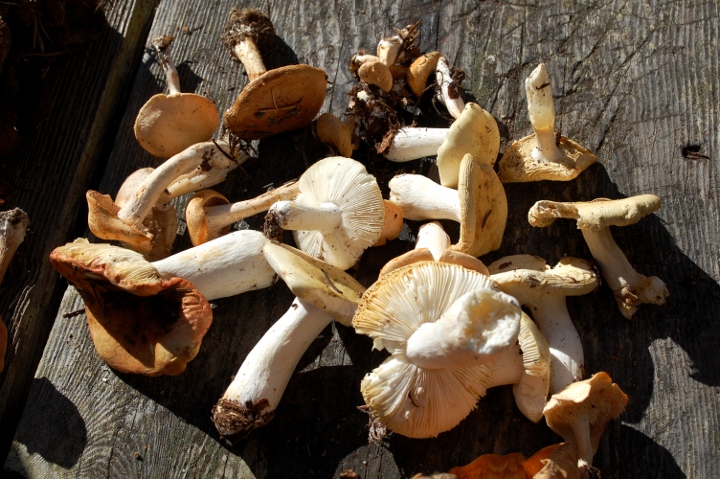 I’ve mentioned mushroom foraging once or twice on here. It’s something I’ve been wanting to do for awhile now. So on Sunday, I finally went.
Mushroom foraging simply means going out into the woods and picking mushrooms. In my local woods, you can find morel, chanterelle, porcini, button, and oyster mushrooms as well as many edible varieties you can’t normally buy.
However, since wild mushrooms can be poisonous, it’s important to go with someone who knows what they’re doing. I would not recommend mushroom foraging unless you have an expert with you. In my case, I went with my local mycology club.
The way it worked was, a friend and I went into the forest and picked mushrooms for an hour and a half. Since she and I had never been on a foray before, we picked every mushroom we saw under the theory that at the very least, we would learn what it was. Considering how dry it has been this winter–mushrooms usually flourish after rain–we gathered a pretty big haul. 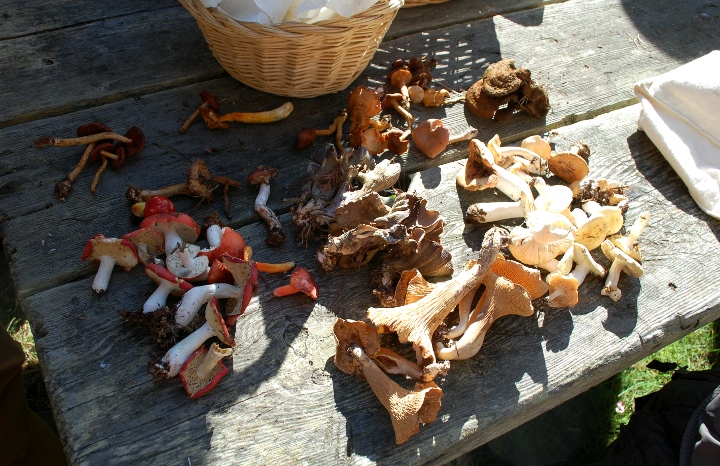 Then we went back to the table and had the experts look at the mushrooms we had collected. It turned out that only two were edible, the Pig’s Ear and the Hedgehog Mushroom. Otherwise, we had collected mushrooms that, while not exactly poison, were not good for eating. Here are some pictures: 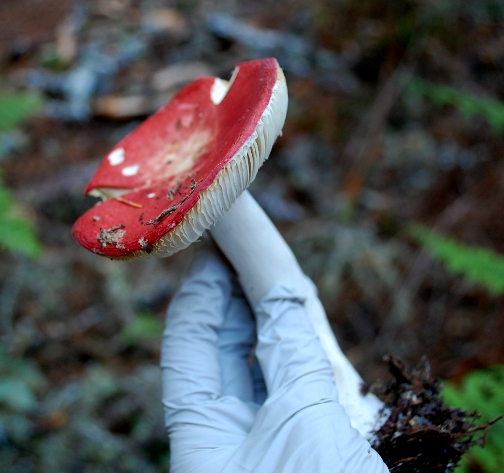 Russula amoenolens were all over the woods. This one is spicy. The mushroom expert had us hold it to our tongue (but not eat) and it burned about as hot as a habanero pepper. 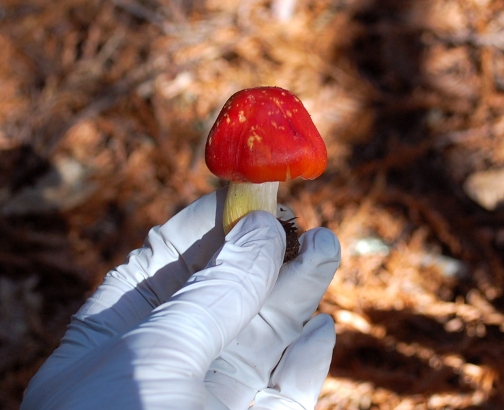 This little Smurf house is called a waxcap. Not edible, but pretty. 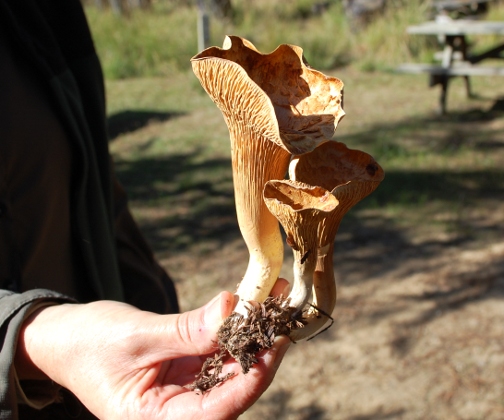 I didn’t catch the name of this mushroom. I was hoping it was a chanterelle mushroom, but alas, it was not edible. If you know what it is, I would love to know it.
So while we didn’t come away with much to eat, I had fun and learned a lot about mushrooms. I see going mushroom foraging again in the near future. In fact, I even bought a book on the subject.
Mycological associations are a safe way to be introduced to the world of mushrooms. If you’re interested in going foraging, try looking up the club in your area. They may have regular mushroom forays you can tag along with.
ETA: Check out the follow-up post The Hedgehog Mushroom.