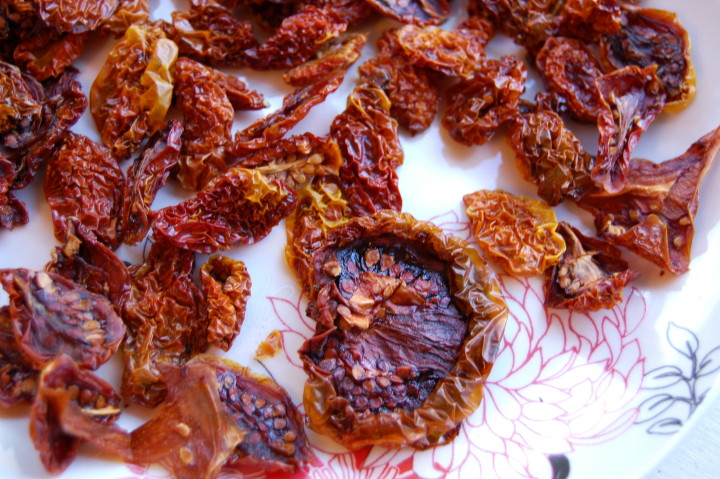 I get so many tomatoes by the end of the harvest season that it no longer makes any sense to freeze them. So I decided to try dehydrating them in my oven.
It worked out pretty well. I ended up with a jar of sundried tomatoes that have come in handy in Italian cooking. I plan to do it again this year too.
To dehydrate the tomatoes, I first cut them in half and lay them out on a tray, like so: 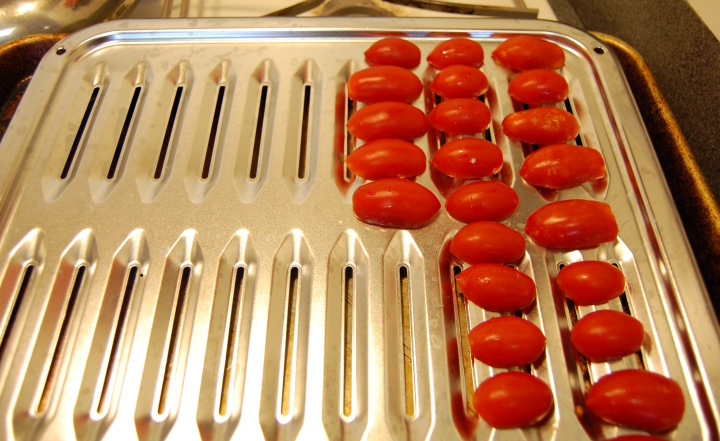 I happened to have a lot of Roma tomatoes, which are ideal for dehydrating, but I also tried some larger tomatoes, and they worked out just as well.
After I cut them up, I put them in the oven: 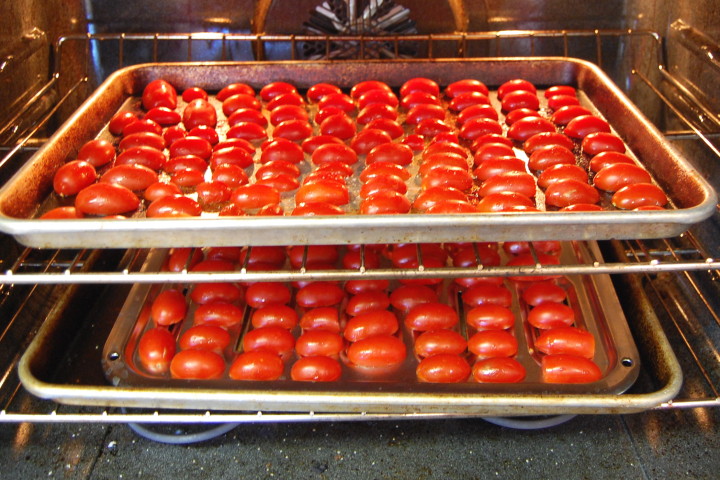 I set the oven on the lowest temperature–175 degrees–and left them in there. It took hours to dehydrate the tomatoes. I think I put them in around 9 a.m. in the morning and they came out at 8 p.m. at night, so around 11 hours. I knew they were done because the tomatoes had shriveled up to a fruit-leather-like consistency.
Really, it was extremely easy to do. The resulting tomatoes taste exactly like the store-bought sundried tomatoes, only a little sweeter. I suppose you could fix that by adding some salt.

4 thoughts on “Make Your Own Sundried Tomatoes”