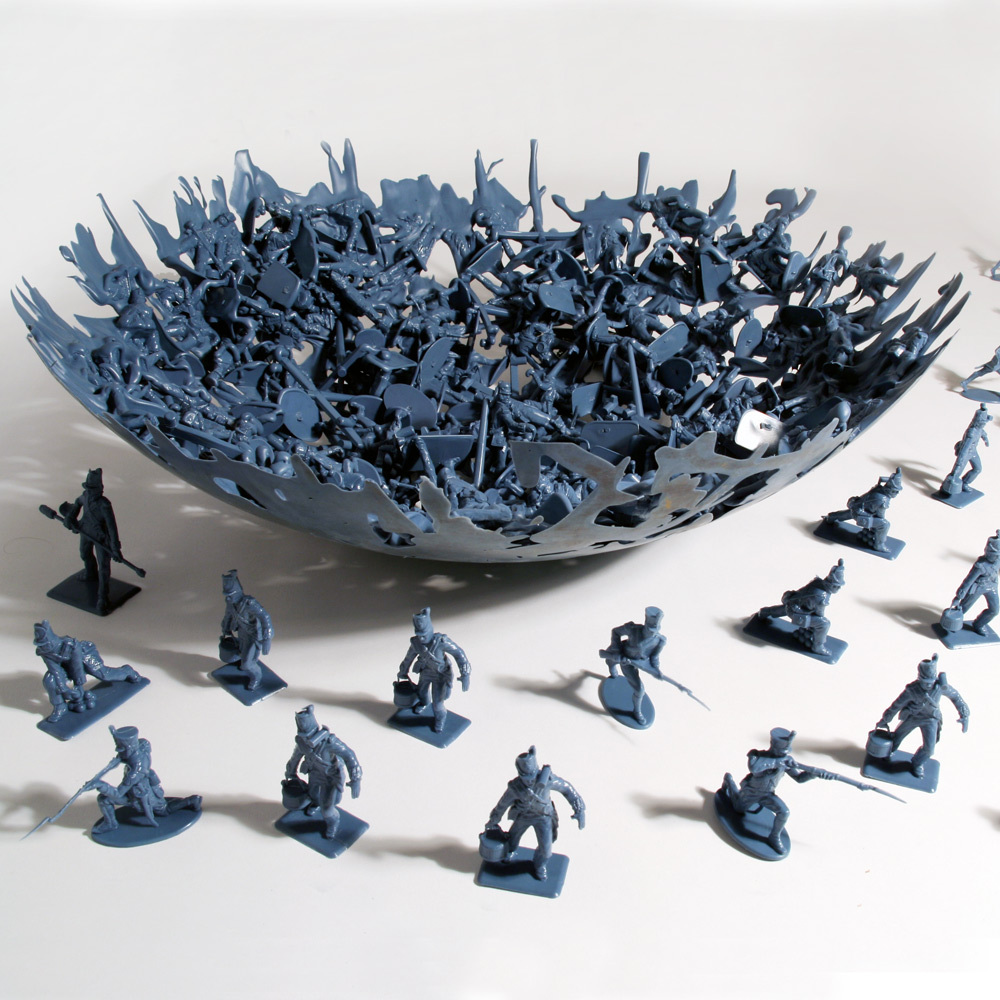 I have to thank Make: Online for introducing me to these bowls made out of melted army men. I did not know such an awesome thing existed. The idea apparently dates back to artist Dominic Wilcox, who sells the bowls for £159. 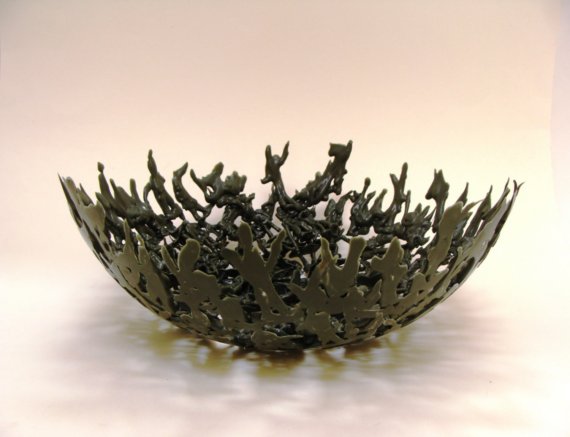 You can also buy a cheaper version like the above bowl for $35 from AmongTheZinnias or you can make your own for just the price of a few bags of army men. Here’s a how-to. Looks like it is a matter of putting the army men into a Pyrex bowl, melting a layer of them in the oven, cooling in the freezer, and repeating the whole process until you have a bowl. From what I can tell looking at the pictures, the more army men you have, the better the bowl looks and the sturdier it will be. 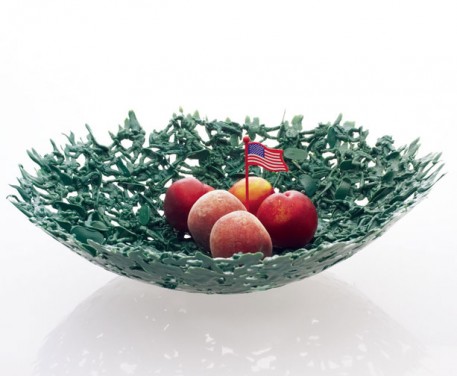 One tip, however, is to use good quality army men because the cheap ones burn. As Dominic Wilcox told ReadyMade magazine, “most army men are manufactured from recycled plastic, mixed with a powder to bulk it out, and simply catch fire or become brittle when heated.”
So be careful when you do this because this could make a very unique Christmas gift for someone.

1 thought on “Make Your Own Melted Army Men Bowl”