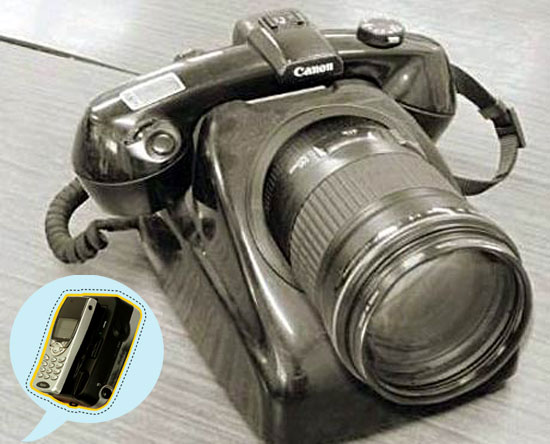 [Camera-phone]
I enjoyed this post by Thomas Hayden about how he enjoys crap technology. Titled “Ixnay on the iPod: In Praise of Crap Technology,” the post goes into how the off-brand or unpopular technology sometimes works better and longer than its over-hyped and far-more-expensive counterpoints. For example, he prefers his Zune mp3 player instead of an iPod:

A cheap plastic mp3 player — basically a $19.99 flash drive with a headphone jack, a pixilated little screen, and controls that look a lot like the original iPod scroll wheel, without actually scrolling or being a wheel. It’s a piece of crap, really. And I love it. … Most important, it’s worth next to nothing so I’m virtually assured never to lose it—unlike apparently every iPhone prototype ever—and I don’t cringe at all when my toddler flings it across the room. And because the next Coby is sure to be just as mediocre, I’ll never need to upgrade—I’ve stepped off the escalators of feature creep and planned obsolescence, and all the expense and toxic e-waste that come with them. Crap technology, it turns out, is green technology.

I think very much along these lines myself. I am using a desktop computer that my husband built for a few hundred dollars instead of a $2,000 laptop; I use a Sansa mp3 player instead of an iPod; and my phone is a Nokia something-or-other we won at a raffle. They all have similar functions to the fancier counterparts and meet my technological needs.
And while pretty design and bells-and-whistles functions are great, in the end I don’t care about that as much as having technology that works, lasts, and costs next to nothing by comparison.
What is your favorite piece of “crap” technology?

3 thoughts on “In Praise Of Crap Technology”