I’m not a big wallpaper person, but I do like old-timey wallpaper. There’s a huge Victorian down the street from me that was for sale once and I took a tour. Among other things, I was struck by the ivory star wallpaper from around 1910 on the walls. It was so elegant and finely made that it changed how I view wallpaper.
Since then, this has happened several other times to me–I would visit a historic home and be surprised how nice some wallpaper used to be. Of course, these were always the homes of the wealthy I was visiting–people who could afford to bring hand-painted wallpaper over from France and all–but that’s beside the point.
The point is that there are companies that specialize in reproducing historic wallpaper. For example, there’s Adelphi, which uses artisans to hand-reproduce original wallpapers for homes today. They carry wallpaper reproductions from 1750-1930. Here’s a few I liked: 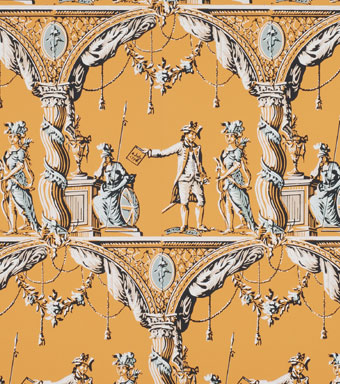 1776 wallpaper circa 1790. It is “probably the first American design which features allegorical symbols. Like most architectural papers, it was probably hung in a hallway though it may have also been used in a parlor or bed chamber.” Here it is in a room: 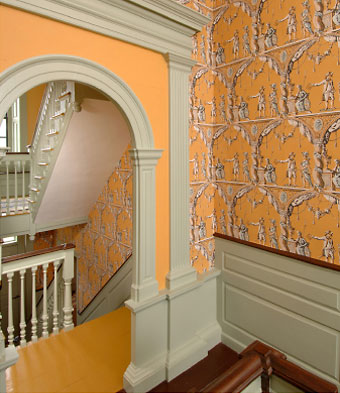 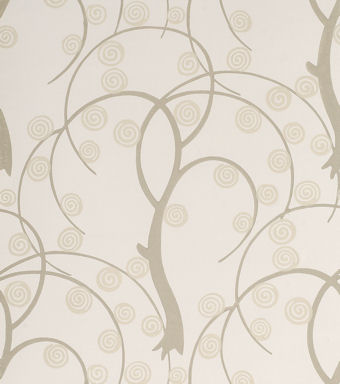 It is inspired by a French design circa 1920 and comes in yellow, pink, blue and the above ivory.
And also Viennese Trees: 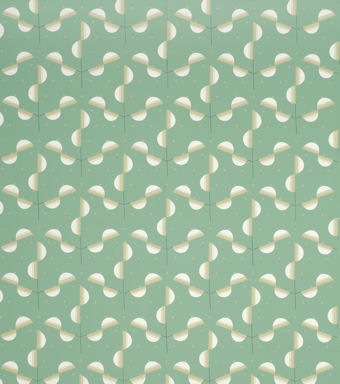 From the 1920s, it “draws on the work and influence of the Wiener Werkstätte in Vienna and the French Moderne movement–later known as Art Deco.”
Adelphi has some pretty swell borders too. My favorite was Orbes Directoire:

It’s from 1810 and based on a border discovered lining the inside of a small box in upstate New York. With the right modern wallpaper, it could look amazing in a room.