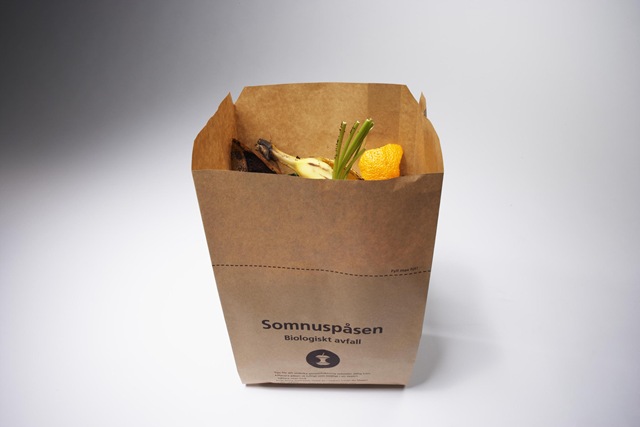 [Courtesy]
I wrote a post recently on how Americans throw out 40% of their food. While my food-waste rate is nowhere near 40%, just that day I had thrown food into the compost, so I said I was going to start paying attention to what I throw out and see how bad it really is. (I’m still working on that.)
In the comments to that post, Michelle asked the following:

Are you considering food thrown to the chickens/critters to be waste?
I’ve never really thought of food passed on to the critters (or even our compost pile) as wasted, since it fulfills it’s foodie-destiny by being somebody’s meal. Now, food tossed into a garbage can, and eventually an airless landfill – that is a waste!

1. Money–the cost of the food in your grocery budget.
2. Effort–the time and energy put in shopping for the food or growing it in your garden.
3. Resources–the water, fossil fuel, and other things that went into creating the food.
4. Packaging–the container the food comes in, which is usually intended to be thrown out. However, I often re-use containers several times before finally tossing.

When you are throwing food straight into the garbage uneaten, you’re wasting all four of these things. (Total waste.)
When you eat the food and avoid packaging, you are wasting nothing. (No waste.)
But then there are in-between steps you can take to make less waste. This means doing something productive with the waste such as turning it into vegetable broth or feeding it to the chickens or putting it in the compost.
The problem is that this only works some of the time. Some things have to be thrown out no matter what you do. You should not put meat in the compost, for example, or it will attract pests. Chicken should only eat clean (not rotten) produce, fruits, and grains. And so on.
In my kitchen, I have developed a food-waste hierarchy that goes from Zero Waste to Total Waste. It’s a system that helps me use as much of the food I buy as possible. Here it is:
No Waste: Food is eaten, food scraps are put in compost or broth or to the chickens, and packaging is either re-used or never existed in the first place.
Almost No Waste: Food is eaten, but packaging or scraps are thrown into the garbage. Food has more or less fulfilled its purpose.
Some Waste: Most of the food is eaten, but some of it that could have been consumed is too old, so the unusable portion goes to compost or chickens. Packaging is re-used or never existed. This wastes some of the money and effort that went into the procuring the food, but not the resources.
Less Of A Waste: The food is not eaten at all, so it goes into the compost or the chickens get it. The packaging is re-used. This wastes all of the money and effort that went into the food, but saves on the resources. Even though it is more expensive to give the chickens store-purchased blueberries than the same portion of chicken feed, at least the blueberries are being consumed by something. As Michelle said, they fulfilled their foodie destiny.
Almost Total Waste: Food is not eaten and is thrown into the garbage, but packaging is re-used. Hey, at least I got a plastic freezer container out of it.
Total Waste: Food is not eaten and packaging is thrown out.
That’s how it works in my kitchen. The interesting thing is that there is almost never “Total Waste” since some portion of the food almost always gets used.
What’s your food-waste hierarchy?