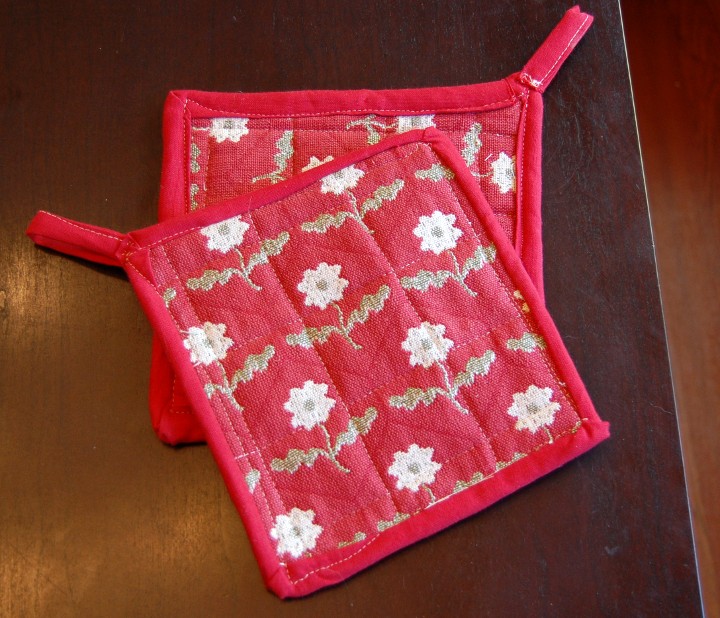 As mentioned, one of my homemade Christmas presents this year are pot holders/oven mitts. I had never made them before, so I made a prototype first, pictured above. These are too sloppy to give away, so I’m using them in my own kitchen and will make a better pair as a gift. However, they aren’t bad looking considering that I had never quilted before.
To make the pot holders, I used some upholstery fabric I had lying around and an old towel from the rag bin. The towel was used as batting for the center of the pot holders. 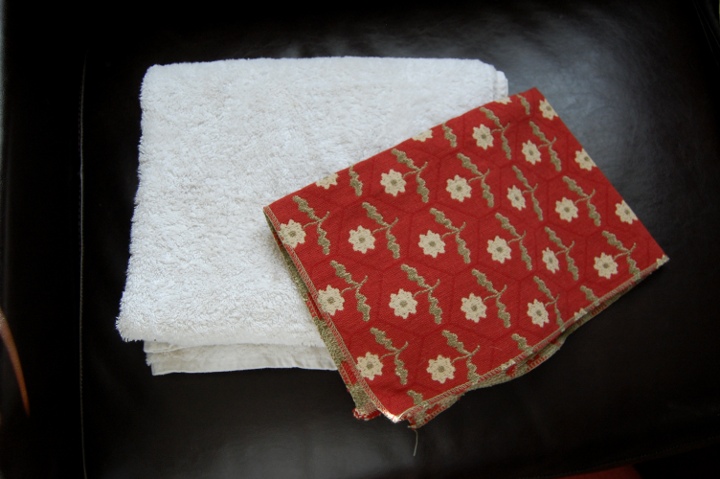 I also used this how-to from Instructables to learn how to make oven mitts. Side rant: Instructables is getting money grubbing! You can’t see all the steps at once without paying them money, you can’t see additional pictures without paying them money, you can’t print without paying them money, and while you’re looking through the how-to, Instructables likes to put a pop-up on your screen asking you to pay them money.
It’s annoying, and it also prevents you from seeing an important step in the project–how to miter a corner, i.e. fold the binding on the corners of the pot holders. Luckily, About.Com has a diagram of how to miter corners that helped me with that.
The cost of this project: The material was free, the towel was free, and the thread was a negligible cost. The only thing I bought for the pot holders were the binding on the outside of the fabric. It was 1/8 of a yard, and cost $.75. So each pot holder was about $.38.
I suppose you could pay $1 for two pot holders if you shopped around. However, these pot holders are going to hold up longer than your average store-bought pot holders and I think they are prettier. And for a Christmas present, you really can’t beat a $.75 price tag.