Garden Update 1
Garden Update 2
Garden Update 3
Garden Update 4
The garden is going well this year. I’ve harvest a lot of zucchini, lettuce, and blueberries so far and am starting to get beets, peas, peppers, carrots, and beans. I’ve been eating salads and making zucchini soup and churning blueberry ice cream and experimenting making homemade nocino liqueur from green walnuts growing on a tree not too far from my house.
I also discovered a swath of blackberry vines that grew up behind the garage is loaded with berries, so I decided to let them ripen before I take the vines out. The currant bush I put in behind our shed had a ripe currant on it, and the fig I put in this winter has a tiny baby fig on it.
Most gratifying, I’ve nursed several sickly plants back to health. The nectarine, which had leaf curl last year, is doing great, as are the two artichokes I transplanted to a better spot. In short, I have little to complain about this year… so far. Knock on wood!
Here are some pictures: 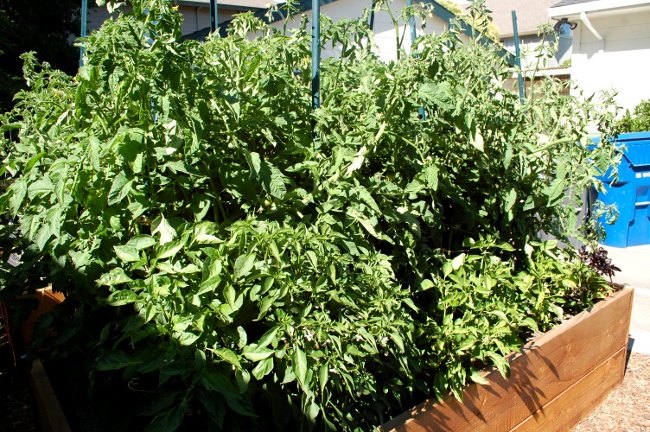 The tomato plants in the background are huge. I have to trellis them again. The smaller plants in the front at peppers. Here’s a close up on a pepper plant: 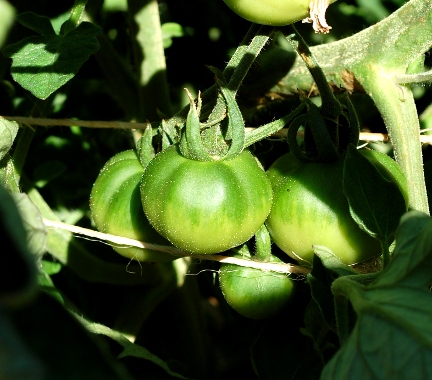 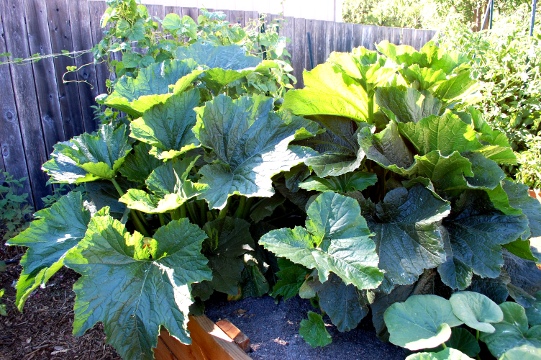 They have produced so many zucchinis that I’m already thinking of pickling some of them. 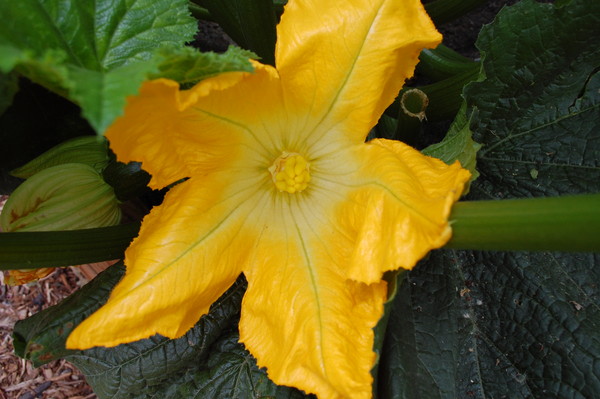 I have a butternut squash plant in this bed too. It’s already starting to produce baby butternuts: 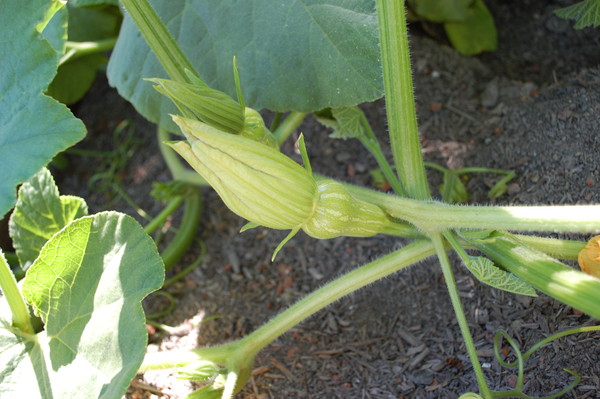 And the green beans are so lush that I had to extend the trellis higher today. These are Kentucky green beans. 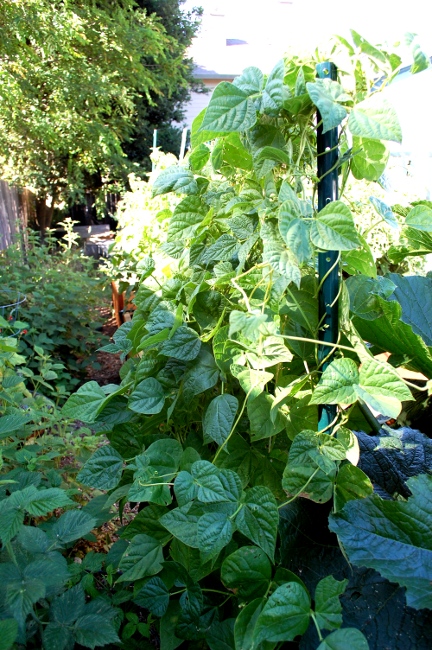